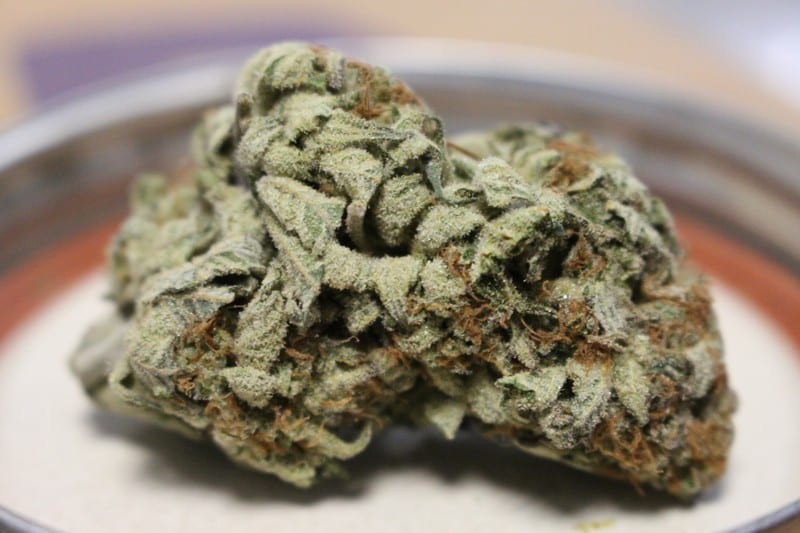 Runtz is a mix between Zkittlez crossed with Gelato and promises to be a good one.

So we take a detailed look at the appearance, the smell, the taste, the effects, and all that good stuff.

Even though the Runtz cannabis strain appearance makes you think that it was grown in the US, it is not. It really looks like a Cali bud but it simply isn’t. The bud has been given an incredible trim job and the nugs are incredibly developed. They certainly don’t look too uniform, they don’t look just like little boulders they all have their own shape. You can say that there has been extra care given on this trim job.

As far as the color goes, there are dark greens with the lighter patches of the trichrome coverage. There are also the faded copper-colored pistols that give it a nice shine to it. The Runtz also has a very incredible and beefy bud structure as well and looks absolutely delicious.

We give the appearance tops marks and it is absolutely stacked. There is probably no bad thing that one could say about this bud.

Now if we look at the sauce of the Runtz cannabis strain we see that it looks like a melted Starburst based on the consistency of this wax. It looks very delicious actually and immediately leaves us with a positive feeling to start. 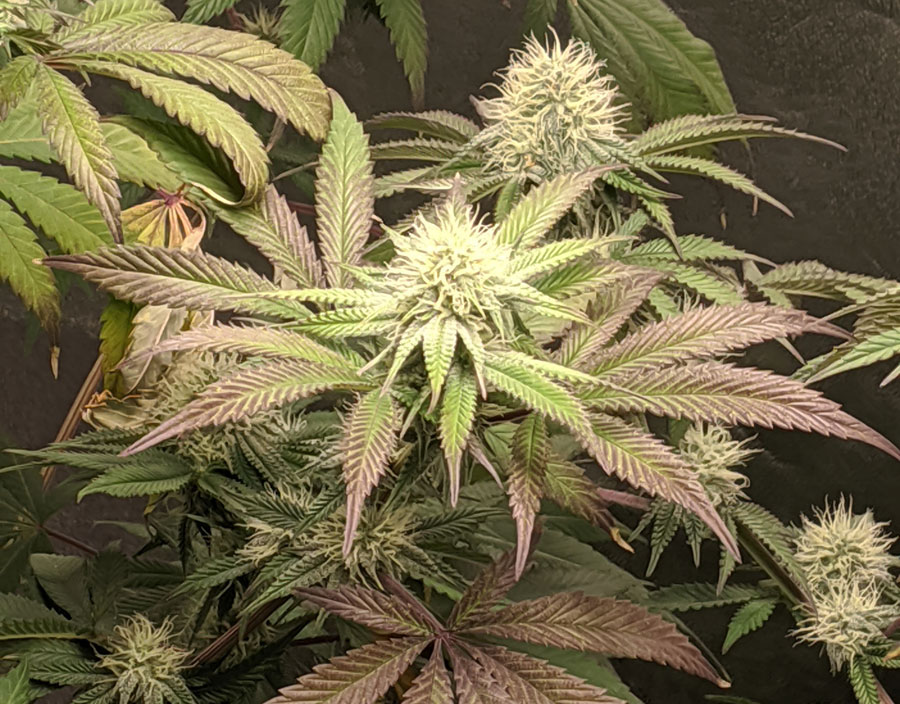 The Smell of the Runtz Cannabis Strain

Just by putting it close to your nostrils the Runtz cannabis strain gives a very awesome smell. It smells like assorted sweets. You can’t put your middle on exactly which one but it is like sherbet or hard candy and some added fruity flavors that are all rolled into one.

When breaking the bud, the Runtz reminds you of the Cali smell which most likely comes from the Zkittlez side. However, the main difference is that Runtz smells a lot nicer. The aroma is super-smelly and deliciously sweet. You can’t put your finger on the exact type of smell but it seems like there are multiple sauces. There is some citrus in there, some berries, and there is even a little bit of gas in there as well.

It actually has a very nice and nuanced, complex flavor.

When it comes to the flavor of Runtz cannabis strain it really does have that Zkittlez-inspired flavor. You can notice those multiple fruits and deliciousness that genuinely come from the Zkittlez phenom. If you like this kind of taste, you might like Blue Dream and Jaffa Berry strain as well.

Now to determine how does it vape.

It actually takes the same and gives that oomph of deliciousness which you don’t often get when using the vaper. It is also a very Cali-inspired taste. In fact, Runtz cannabis strain does provide a very generic Cali flavor. The vape tastes really nice and it provides a very high turpin type of flavor.

When smoking the Runtz the taste comes through for starters immediately. It still has that sherbet taste that is left in the mouth. But smoking wise, it feels reasonably expansive and you will be able to feel it in your lungs. Some strains do that and although it tastes clean it is less smooth than you would expect it to be.

If we try the extract of the Runtz strain it simply continues more of the same. It gets you on the exhale and it’s now on your tongue. But very interesting when comparing the taste of the flower and the extract it is almost the same. Meaning that the flower is truly amazing.

The flavor is that Cali-inspired Runtz flavor with some Gelato in there and it is very much different than the Zkittlez. 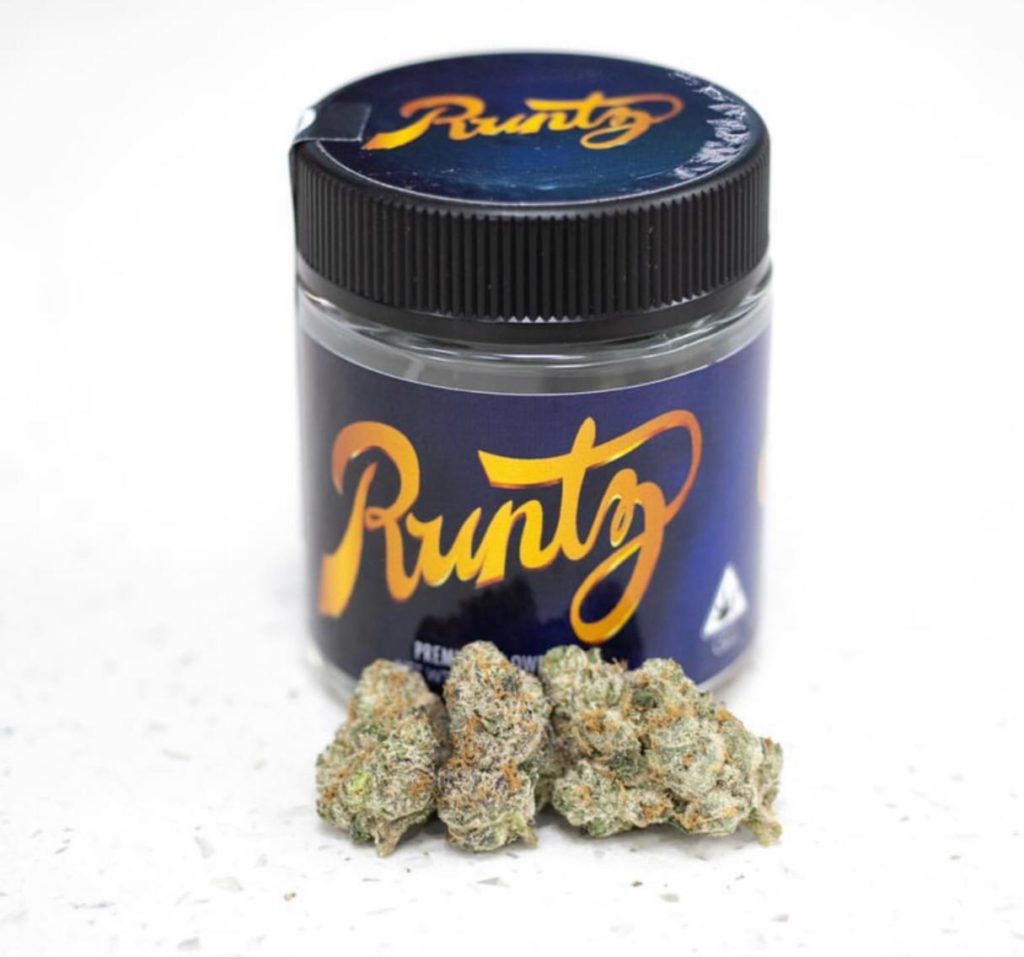 There was enough time for the Runtz weed strain high to start kicking in. Obviously, it is a hybrid, definitely on the Sativa side. You can feel it mainly in your mind first but the light sensitivity kicks in fast as well. Also, you get a little bit of a headband-type felling.

This is a very strong Sativa-dominant strain and it is really hard to describe the complexity of the high. But generally speaking, you will be very high.

The high will make you feel chatty, uplift, happiness, and everything you would associate with that Sativa-dominant hybrid. It is simply a very nice daytime smoke as well, despite being quite strong.

You will definitely feel relaxed and you will soon start to sink into that body type high feeling. As usually, the hybrid strain will hit both your body and your mind and it is really, really nice.

The Runtz cannabis strain is a really nice and a really strong strain. It can be used as a daytime smoke but only for the experienced smokers. We recommend trying the Zkittlez and the Gelato, their parent phenotypes as well in order to really get familiar with this type of strain in detail.