Today we have the Sour Headstash cannabis strain on our hands coming from Karma Genetics.

Karma Genetics has combined its Headstash strain with Sour Diesel in order to form the Sour Headstash strain. Actually, this is a super interesting combination if you think about it. The Headstash itself actually encompasses strains like Girl Scout Cookies, Cherry Pie, and Biker Kush

Crossing all of that with the old-school power of the Sour Diesel will most likely lead to some super interesting results because the Headstash is a mostly Indica-variety strain.

So get ready for a treat! 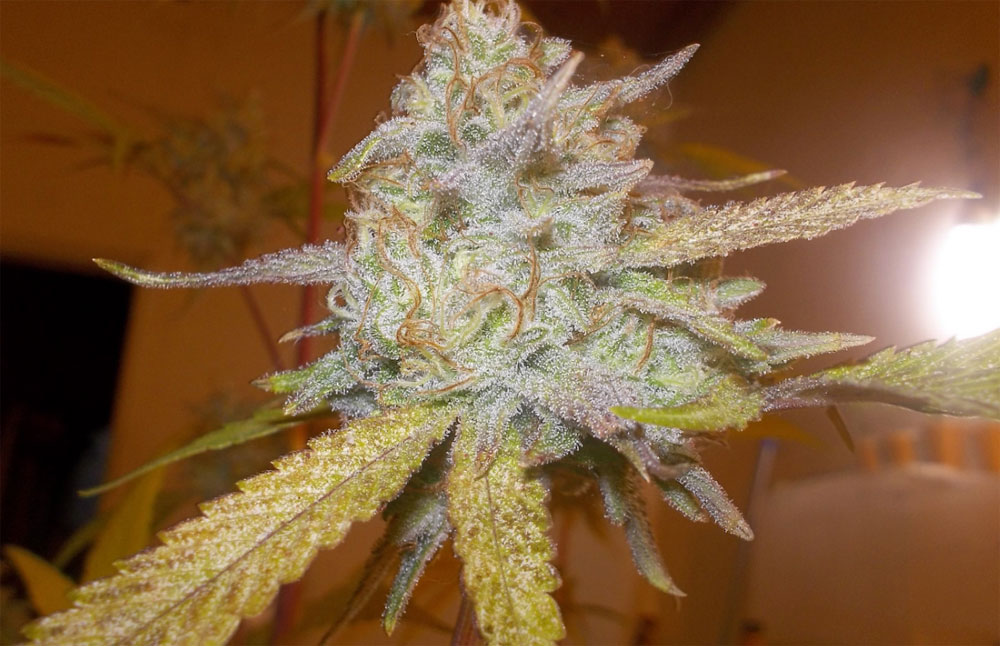 The Look of the Sour Headstash Cannabis Strain

Looking at the Sour Headstash cannabis strain bud in detail, it is a bit difficult to tell, but it does have a kind of a Sativa-like appearance. The basis of the leaves is still on there and you can notice the very strong pistols running though this bud. They are particularly noticeable in the close-up shots of the bud.

It feels quite dense but there is not a lot of substance to the bud of the Sour Headstash strain.

Hopefully, it does not damage the effects.

How the Sour Headstash Strain Smells?

Strait out of the container, the Sour Headstash has a kind of a Cherry Coke type of smell. The sour cherry aroma hits you immediately and it’s really strong and smells quite beautiful.

It’s like a gas! It has that Diesel jet fuel undertone to it that comes with the Sour Diesel strain. But it is different! This is most likely due to the Headstash completely changing the scent up. That is why it smells like Cherry Coke or like black currant even.

Generally, the Sour Headstash strain smells really lovely even without breaking it or grinding it.

But when we do break the bud in half we get a really rich, fruity, or purple fruit of some variety smell. It actually smells a little bit like Coca-Cola, for some reason.

But if we grind some of it up to you actually notice a very distinctive smell – Cranberry!

The Sour Headstash smells like cranberry sauce mixed with some jet fuel. It is really nice and comes with a full and rich undertone. It will remind your Sunday roast, probably because of the cranberry part.

The Sour Headstash cannabis strain has a very complex smell to it but a really lovely one. The aroma is completely different from the parent strains that it came from. 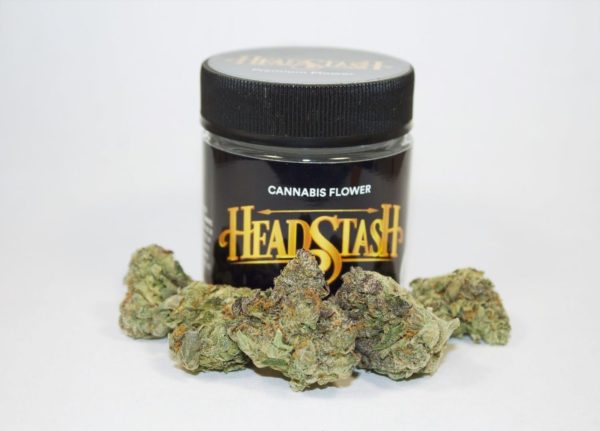 How Does it Taste?

Right at the exhale, you feel the jet fuel taste of the Sour Headstash cannabis strain. But on the other side of it, there is the cranberry inspired fruitiness that tastes nice. There is a little bit of sherbet coming through it when smoked with a bong, which is something that you would have not noticed when smelling it.

But it is a little bit different when vaped. It vapes like a Cali, gassy strain! Vaporizing the Sour Headstash strain feels a little bit gassy and it is really strong. There is a little bit of tickle but not that much noticeable.

Doing it using the bong it had that gassy power but not so much of the flavor which is very noticeable now.

If you are to pick between vaping and smoking with a bong, the vaporizer is better purely if you want to feel more of the taste.

The effects of the Sour Headstash cannabis strain are working pretty well. Actually, it is a mixture between the uplift of the Sour Diesel which provides chattiness, the happy-go-lucky attitude which can acutely help you get stuff done and make you go through the whole day happy. It will also make you inspired and productive so it is great to have it during the day.

But it also combines with the Indica-effect of the Headstash that has that lax and nice body high. The end result is that it does not give you as much of uplift that the Sour Diesel will give you. But it offers a very nice cuddly-bodily feeling as well.

It is more than apparent that this is a hybrid strain that enables you to feel both sides of the spectrum. And it will more than likely make you feel good. It kicks in really fast, meaning that it is really strong. You can also notice from the thickness of it and the spiciness of the Indica-side is bound to kick in soon.

It is nice even though it is definitely not the smoothest smoke. It gives that Cali taste on the exhale, which if you like Cali strains you are going to appreciate it. It might make you cough if you are less experienced and this could be because of the gas as it is so thick and strong. 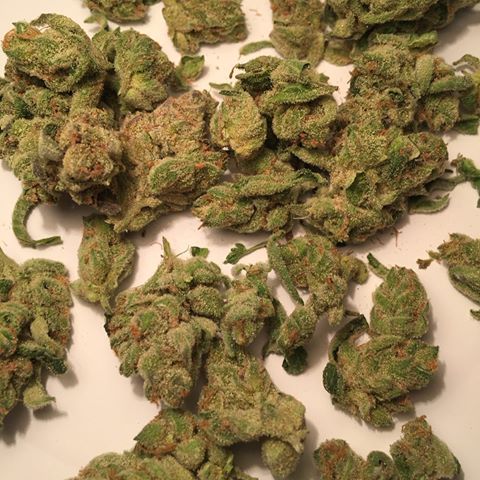 The Sour Headstash cannabis strain is a hybrid that provides you with both effects of the spectrum. It is strong so not really for beginners, but veterans of the sport will appreciate it.

The Sour Headstash strain will shift you around while both sides of the spectrum start to kick in and one second you will be feeling one while the other the next. It will space you out and take you on a ride so we can call the Sour Headstash a party smoke.