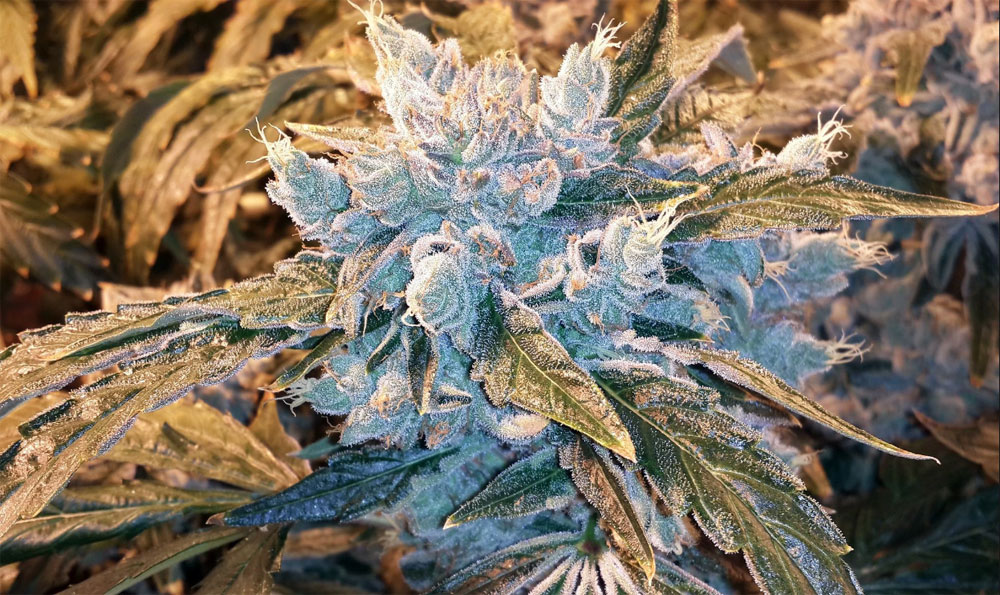 For all of you Star Wars fans, we are going to be talking about the Skywalker OG weed strain. Although it does not have to do so much with the popular Sci-Fi franchise it will make you feel like you are walking on air.

It is a very special strain and contains high THC levels. You can notice it based on the appearance and the smell right off the back.

Skywalker OG is actually a hybrid strain which is a cross of Skywalker and OG Kush. You can notice that with the gassy smell that is characteristic for all OG cannabis strains. Only by looking and smelling the nugget you can notice that it is an OG-dominant piece.

If you are an OG man, you will certainly enjoy this one.

So let’s start our Skywalker OG cannabis strain review with the appearance.

How Does it Look? 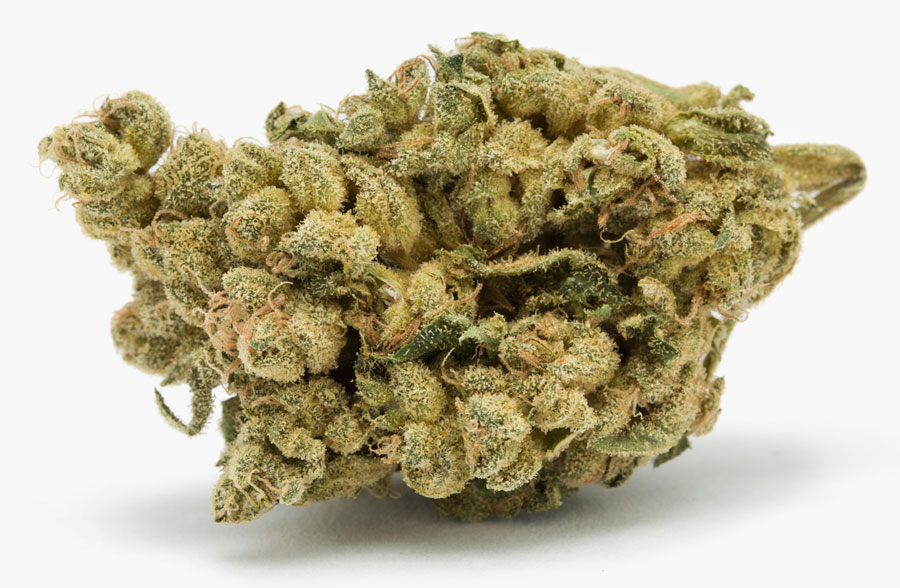 Immediately by looking at the Skywalker OG buds you will conclude that the bud has been grown incredibly well. The buds are really dense and they are trimmed to perfection. Even though it is so dense, it is not damaged whatsoever.

Believe it or not, it has not been comprised not even the tiniest bit. It comes condensed that way naturally. It is most certainly the densest bit of bud out there out of all that we have seen so far.

Looking at the Skywalker OG a bit closer we see that it is very uniform in color. The trichomes are cloudy and it looks very optimal in terms of its cropping.

This time we decided to review the smell of the Skywalker OG cannabis strain by first grinding the nugget up.

Immediately after putting your nose close to it you get this gassy smell. It’s not that directly but it does come with that familiar OG whoop that strikes you really hard.

Props to the guy that created it as the Skywalker OG comes with a really powerful smell that is recognizable and will get your attention even before actually smoking it.

Now comes the interesting part. Let’s see how it tastes.

How does Skywalker OG Taste?

Taking a hit of the Skywalker OG cannabis strain you can immediately feel that gassiness. As you take a whiff and as it courses through your lungs you can feel just how gassy the Skywalker OG actually is.

It isn’t too harsh so you don’t actually have to make the bong cooler by adding ice to it.

The taste is more than apparent. The smoke is really, really thick when you exhale it but it is also very, very tasty. It tastes so good that you probably wouldn’t mind having this taste in your mouth all the time. It is like eating something very delicious and you can taste the OG flavor in the back of your tongue.

The taste is so strong that it keeps going even after you breathe out, which is when it usually disappears.

As this is an OG strain it does come with its usual traits and you can also see it through the taste. The smell is very indicative of an OG strain but the taste confirms it.

Now comes the most interesting part and that is the effects of the Skywalker OG. 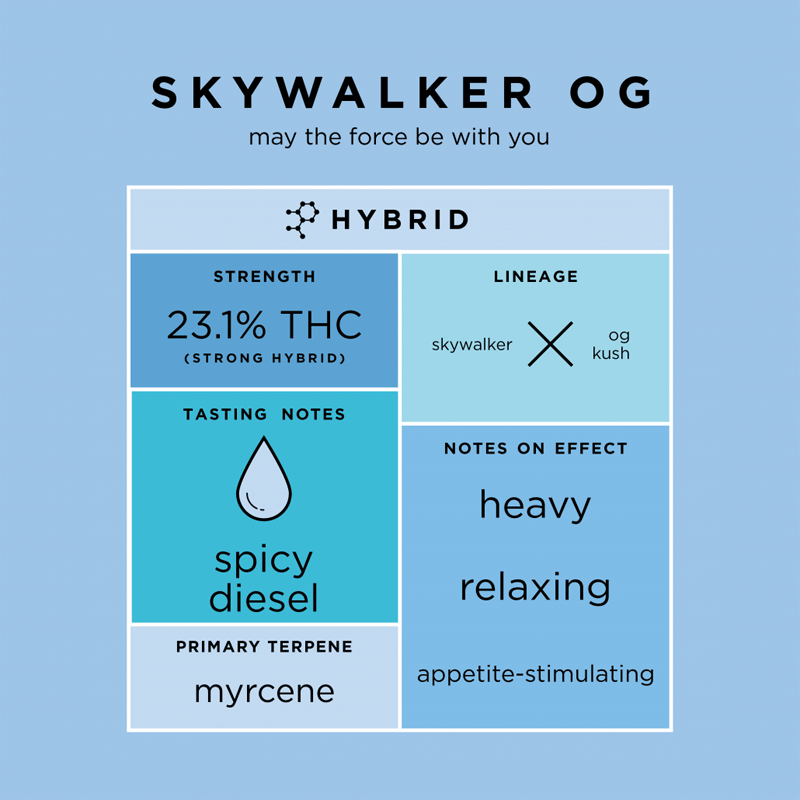 The effects of the Skywalker OG weed strain will hit you quite hard and you will no doubt be able to feel them when they kick in.

The first thing we notice is the feeling of relaxation. It makes just sit and chill out. So if you happen to need relaxation for any sort of reason particularly medical, this strain is definitely for you. It also makes you feel quite happy and enjoyable.

Since the Skywalker OG is a really strong Indica-dominant hybrid strain, it is best advised to be smoked in the afternoon or at night. Compared to other strains like Sour Headstash or UGORG #1, it does feel pretty strong. It might not be a good idea to smoke it during the day so better just keep it close to bet time as possible.

Be careful with this one guys, it can really get you high.

What Do We Think?

The Skywalker OG strain is a very strong hybrid plant. It is very strong and should not be offered to novice smokers. The effects kick in pretty quickly and will not really allow you to finish the day as you started it.

That is why it is advisable to use it later in the day and almost never in the morning.

So the best way to conclude is with a Star Wars reference and that is that the force is really strong with the Skywalker OG strain.