This specific cannabis strain is a cross between the Mother of All Berries (MOAB) and Jaffa Bone. MOAB comes with a coffee delicious, fruity, berry, dankness to it, while Jaffa Bone is another Mean Beanz creation.

Generally speaking, this is supposed to be a good one but we are going to discuss everything about the Jaffa Berry in greater detail here.

We’ll start with the appearance of the bud. 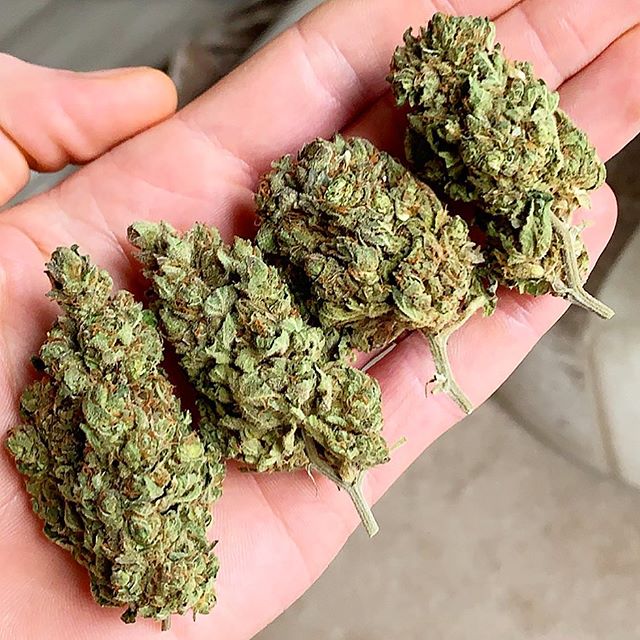 The sample of the Jaffa Berry cannabis strain comes in one nug. It really does have a very distinctive Indica-look to it at first glance. However, more noticeably, what grabs your attention, even more, is the fact that the nugget is simply covered in trichomes. It has absolutely glistened with it.

From which angle you get a look at it you see that there are serious levels of trichrome coverage. It is much frostier than any other strains that you may get to see. It even goes to the extent that it looks almost completely white.

We can say that we are quite happy with the look of the bud. The pistils of the bud are really bold and orange. Thy is not wild at all, meaning that it has been given a good trim job.

It does have a little bit of an old-school look to and reminds you of the look that the Jaffa Cake Cookies stain has. Even though the two are similar in appearance, the Jaffa Berry is much frostier in appearance.

Right out of the bag you notice that the Jaffa Berry cannabis strain has the MOAB distinctive smell to it. The coffee-like cannabis aroma that comes from it is clear as day with the Jaffa Berries. Besides the strong MOAB smell, you notice the dankness and some slight sort of purpleness in nature.

It has a very significant Berry quality but adds that coffeeish reminiscence which actually makes it very unique.

However, the smell overall is not really strong and you are definitely not going to smell it from across the room.

Upon breaking the bud right down the middle you actually don’t get anything different. Most of the time you expect the smell to increase or change a bit, but it is not the case with the Jaffa Berry strain. You simply get more of the same and the intensity does not even change as well.

But what is clear is that the MOAB side is really strong and there is almost anything from the Jaffa side. So you can’t smell the orange for example, which was expected based on the bud structure.

Once we grind it up we notice that there are hints of purple. Not as much as you would expect them to be. And this is simply because trichomes have taken over and are making it look almost white even after the bud has been ground up.

When ground, the MOAB smell is still strung with just a little bit of the Jaffa side. 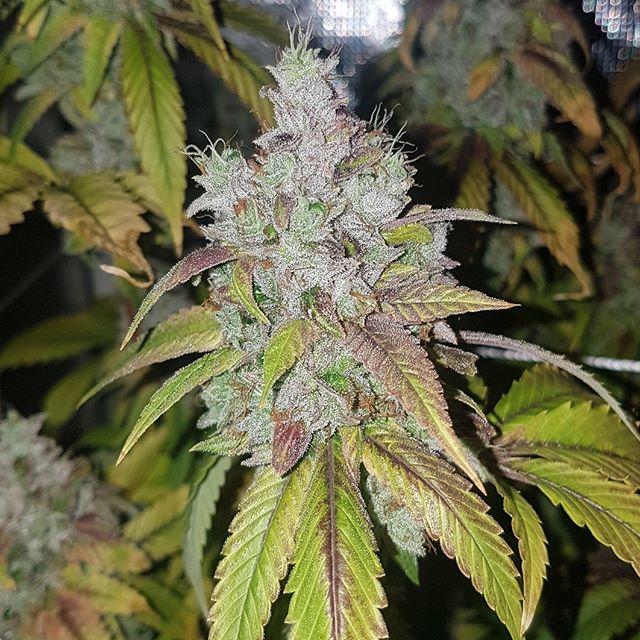 In terms of the flavor profile, the Jaffa Berry is really smooth when being hit through the bong. It actually has a note of the clean side of the Gorilla Glue mixed with Berries.

It is smooth for the most part and has a slow bite towards the end of the inhale. But there is nothing significant that can give any alarm bells. Actually, a trichrome-laid strain will do that. It is expanding in your lungs and makes you feel like you are taking in more smoke than you are intending to.

But generally a smooth smoking experience from the Jaffa Berry strain.

On the other hand, when you make it through a vaporizer you feel a completely different taste to it.

Vaping it gives you a taste of orange berries, like eating both of it together. It generally tastes very delicious.

To tell the truth, if you really want to enjoy the flavor, we suggest using the vape as it delivers the most of it.

The most noticeable effect of the Jaffa Berry cannabis strain is an enjoyable uplift that perches you right up.

Things might start to look a little bit brighter for you, which means that the strain is quite strong in nature. Despite the light sensitivity, you will be able to hold up a good sort of conversation, for the better part at least. It does not hit you in a way that will change your mood completely.

After a bit more time and after the Jaffa Berry has sunk in more, you will start to feel relaxed and notice more of a body type high. We would say that this one is an afternoon or an evening sort of smoke as it is strong.

It is definitely on the hybrid side, but it is much more Indica-dominant. It is very surprising actually when a strain starts with uplift and then progresses towards a relaxing state with a sit-down type feeling.

The Jaffa Berry cannabis strain has been a pleasure.

It has a very strong and nice sort of a high and you would expect it to right form the looks as it is almost white due to the heavy layer of trichomes. All in all, not really for beginners and we don’t suggest using it during the day.