Footloose cannabis strain is an Indica-dominant strain and we are going to talk about it in more detail now. The strain has been bred by Stone Circle and actually comes off a fresh of a Cannabis Cup win from the recent Dead Fox Cup.

Footloose is made by combining Purple Punch and Disco Biscuit. Purple Punch, on the other hand, is a cross between Larry OG and Granddaddy Purple. Disco Biscuit has been released in 2015 by Underground Originals and is a cross between UGORG Cookies and UGORG #1. UGORG Cookies is their selection of Girl Scout Cookies while UGORG #1 is their cross of UK Cheese and UGORG’s selection of their Blues strains which are also a Cheese phenotype.

Based on that alone you may expect a fruity and pungent strain which leads to the Indica side.

We will analyze both the flower of the Footloose strain and the award-winning extract together. 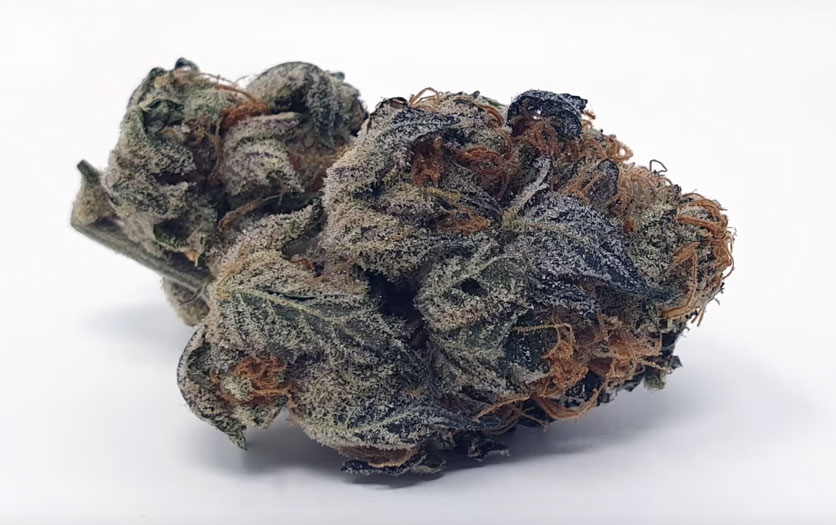 Starting with the flower, the Footloose cannabis strain bud is a really lovely example. The calixes are really well developed and it has got a lovely complex look to it. It is super sparkly at first glance, as it has loads of glistening trichomes on it.

The pistols really pop out if you look at the bud of the Footloose under the light. That way it gets a kind of an orange tint or an orange hue. But there are also loads of different colors of darker and lighter green along with the white of the trichomes. All of that makes this a really nice looking and a very beautiful bit of bud.

It is really impressive based on appearance and has got a good density to it. It is absolutely dripping in trichomes which are some of the traits of an Indica-dominant strain.

The extract, on the other hand, has a nice coloration to it and a lot of shininess. It looks like a viscous sauce in a golden brown color.

The Smell of the Footloose Cannabis Strain

The smell of the Footloose cannabis strain is very indicative of the Purple Punch. It smells like grapes or kool-aid. Actually add a little bit of a pungent aroma to it and you basically get the type of smell. This probably comes from the Cheese or Cookies side of this hybrid.

Basically speaking, Purple fruity pungency is the number one aroma coming off this cannabis strain.

To compare, when we crack open the bud of the Footloose we notice a well skunky smell. Smells a little bit like Blues or something similar like that. There is almost a type of candy sweetness to it as well. It does have a very rich and complex smell with a little bit of earthiness underneath all of that pungency. The Purple Punch gives off all of those purple fruity notes hitting your nose right there.

As far as the extract of the Footloose cannabis strain goes it is like sherbet crossed with pungency. It is like a fruity fizz with a very nice pungent aroma to it.

The extract does smell stronger, but the bottom line is that the Footloose does smell really good.

First, we try the Footloose cannabis strain by hitting the bong. The first thing that comes through on the exhale is a grape-like fruitiness. It is not super-pronounced like all other grape strains but it is there on your tongue, however with a less pungent taste. Not all strains give off a good flavor when consumed via bong, but the Footloose actually manages to provide a really pronounced one.

The taste of the Footloose consumed via vape is where the fruitiness takes over. This phenotype actually has a really nice level of fruitiness to it. It is a really fresh vape taste and there is this cool sort of smoothness to it. The vape feels cool in the mouth on the inhale and on the exhale you are treated to all those fruity notes that come out.

On the vape, there is less pungency and skunkiness but more fruitiness.

Trying the Footloose extract really makes you feel how nice the flavor profile is. The extract is a really nice tasting one. It is somewhere between sweet and pungent and comes with hints of citrus. You will more than likely end up with a sweet and sugary taste on your tongue. 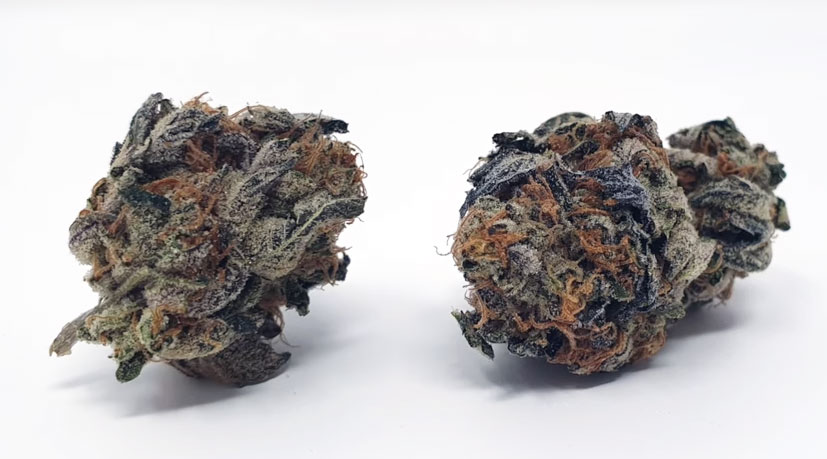 How are the Effects of the Footloose Cannabis Strain?

The effects of the Footloose cannabis strain are definitely in fool swing and it is definitely an Indica-dominant type. You will feel really chilled out and will most likely want to sit down a bit. The Footloose is definitely something that you would want to consume in the afternoon or evening.

The strain also makes you feel happy, really chilled out and very good in your body. You will probably not want to be standing too much and the light sensitivity is going to kick in pretty soon. If you like effects like this, you might try Girl Scout Cookies and Chronic Weed Strain.

The Footloose cannabis strain is definitely a super-strong Indica dominant. It will catch you in an instant and will make you feel very loose and relaxed. There is no question about why this strain has been awarded the top prize at the Dead Fox Cup.