Yeti OG cannabis strain is yet another new strain created by Loompa Farms.

There are two phenotypes of the Yeti OG created and the one that we are going to be covering today is called the Mojito pheno. This particular strain actually won third place in the Dead Fox Cup in 2016. At the very same completion, the other phenotype won the grand prize but unfortunately, that phenotype no longer exists.

Most recently, it took seventh place in the Homegrown Cup 2019 held in the Netherlands.

The Appearance of the Yeti OG Cannabis Strain 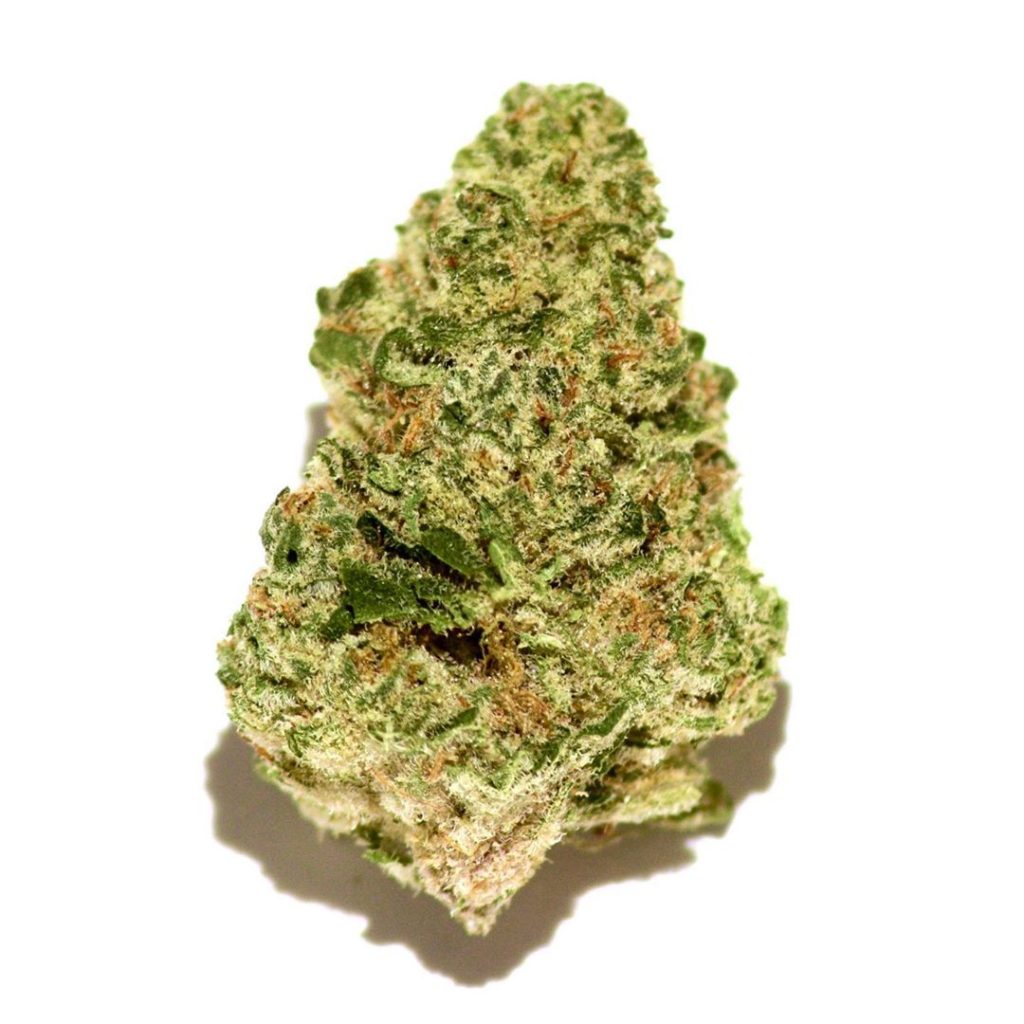 The Yeti OG strain looks like a very nicely developed bud, appetence wise. It flowers in ten weeks and has a traditional OG structure, characterized by a viney, woody growth.

It is a bit light in coloration. Only when you look at it under a flashlight you see some yellow and brown hues which complement the green and copper colors. The pistols are not very apparent on this one and are sort of almost invisible. There are still there if you look at it closely but they are more blended into the bud opposed to other strains.

The Yeti OG strain has been given a nice trim job, even though there is still some basis of leaves left there. The sample is quite dry and dense and it doesn’t feel like it is sticky.

What About the Smell of the Yeti OG Strain?

The scent of the Yeti OG cannabis strain has a slightly minty OG smell to it. It has the gas and the pine and that OG richness that you would expect to get. But there is definitely a minty kicker in the end. The aroma is really interesting actually.

This is how you know that you have the Mojito phenol as it has this minty, cannabis, lime smell to it. It really has this individuality to it which is really apparent in the smell.

As we break the Yeti OG bud open we get this delicious, rich pungency coming flooding out of the bud. This is more Mojito right there and it has this oomph of fresh peppermint. It is like fresh peppermint which comes with the addition of that OG goodness. 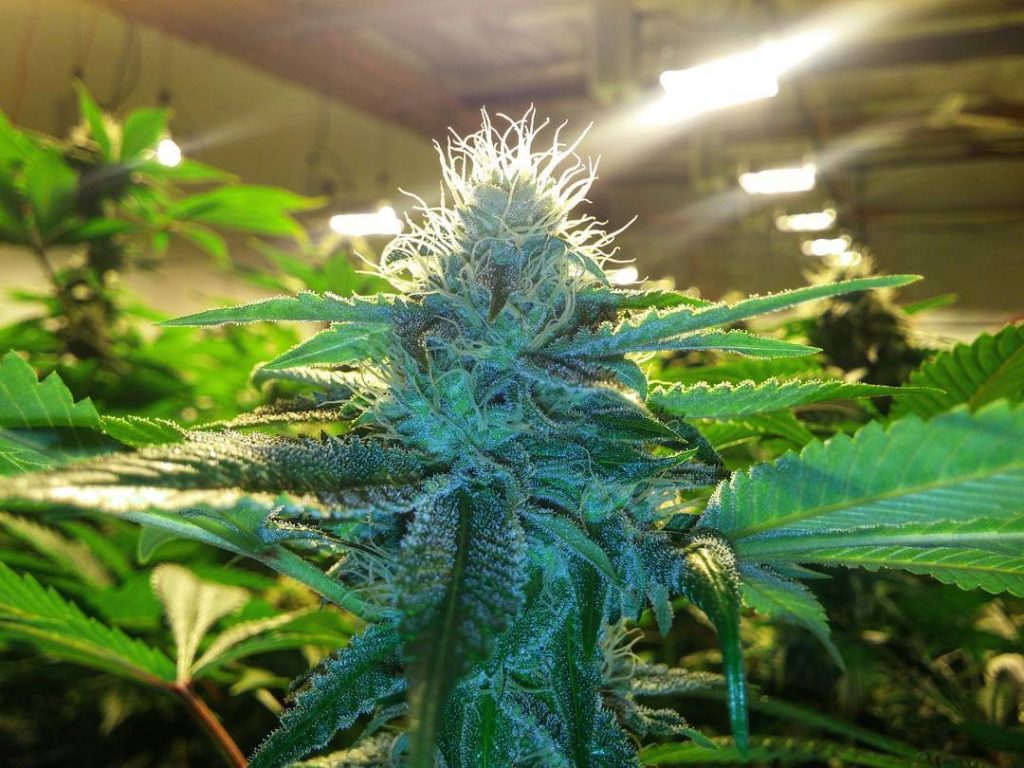 To taste the Yeti OG cannabis strain we first start with the bong. The flavor actually comes through much more apparent on the exhale. This one is particularly smooth and it provides a really nice smoking experience.

The taste of the Yeti OG strain has a piney, minty sweetness to it and there is definitely some peppermint turps. The defining part of the taste is definitely the mintiness and the freshness that comes out of it and goes well in hand with the OG.

To get an even better idea of the Yeti OG strain flavor we are going to vaporize it. Even with that we really do get an exact mint taste. It is simply like eating a peppermint. And this tone is leading even with the piney taste of the OG which is not so much apparent.

The freshness is coming through on the inhale and you can feel. It is really nice when you do get to think about it.

The OG gas taste is still there but it is overtly less apparent. But generally speaking, the overall flavor is delicious.

What are the Effects? 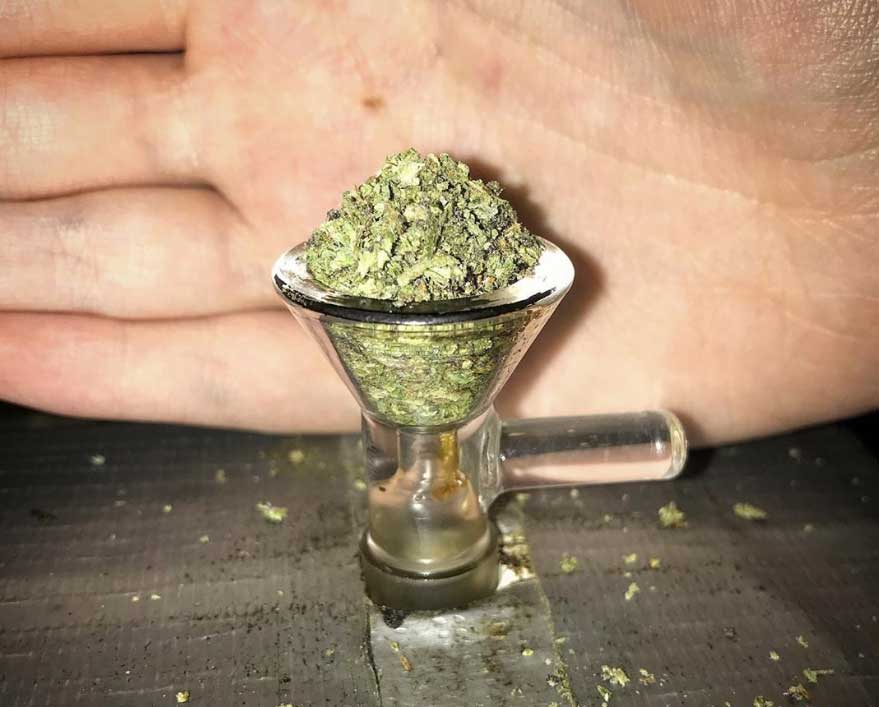 The Yeti OG strain gives you a really nice body feeling. It probably has that Afghan genetics in it and you can feel it in your body. As far as other effects go, you can notice the light sensitivity but you will still be able to maintain a normal level of conversation. But you will start to slow down a bit in a moment or so.

Dry mouth will also start to kick in and it is a strong strain overall. A rough estimate would be that it has somewhere between 17% and 20% percent of THC in it. You will definitely want to sit down and your body will feel really good.

The Yeti OG strain has some really interesting stuff going on here and has some nice and strong effects on it. It is a good smoke for the afternoon, evening or weekends. But if you are consuming cannabis for pain as a medical user, this would definitely be a good one to try.

The Yeti OG cannabis strain is a really enjoyable one. It hits you hard and comes with some pretty good effects. The taste and the smell of the strain are pretty awesome and add to the whole overall experience. You can tell that the bud has been well grown and cured and it is no wonder it has won so many prizes.

If you want a nice and relaxing smoke, the Yeti OG is the strain to use. If you like strains like this,  you should definitely consider the Skywalker OG strain as well.