Meet the Slurricane strain another cannabis-inspired review. This one is a Purple Punch cross and on paper looks absolutely fantastic. But in order to determine how good it actually is, we decide to give it a try and tell you all about it.

The Slurricane cannabis strain has been bred by In-House Genetics and was created by crossing Do-Si-Dos with Purple Punch. According to the seed finder website, this one is not available as feminized seeds. A lot of people that we talked to recommended this one actually. It is supposed to be an Indica-dominant strain, presumably with some berry notes.

Purple Punch is definitely one of our favorite strains, while we cannot say the same about Do-Si-Dos. But people seem to like it, so we are not going to complain about it too much. The Purple Punch itself is a cross between Larry OG and Granddaddy Purple, which by itself is a phenomenal mix. Mind you, when it comes to Granddaddy Purple, you can literally taste the purple, which should transfer to the Slurricane. 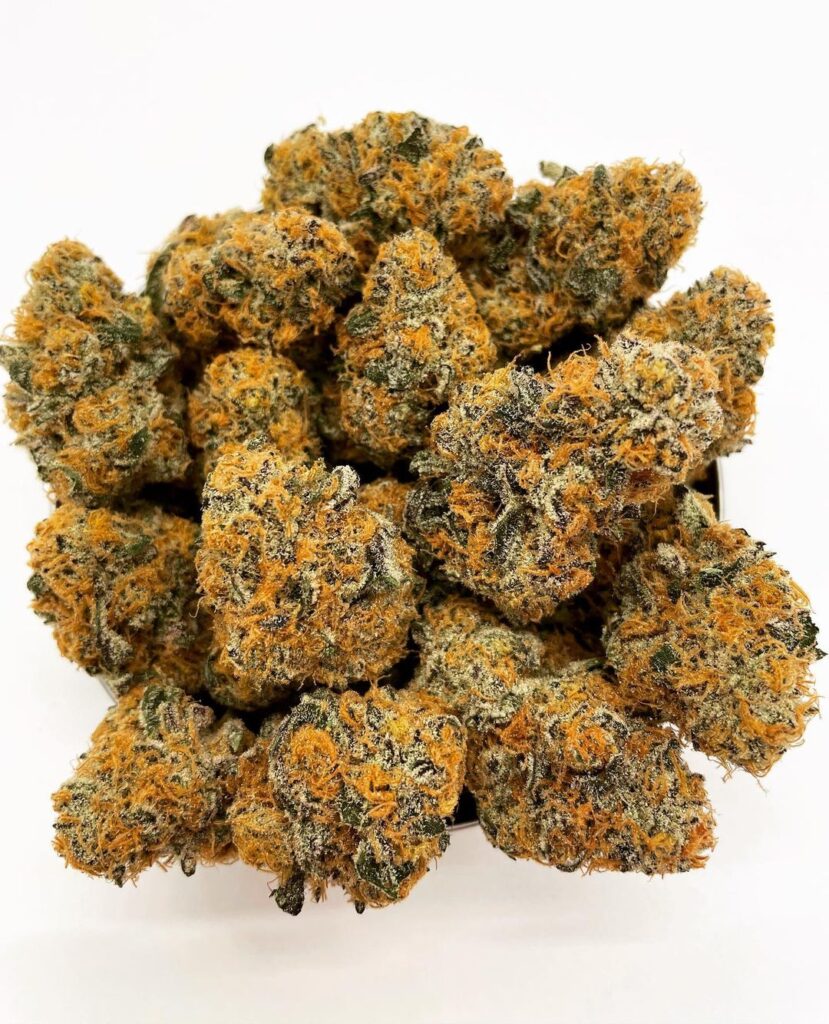 Surprisingly, the Slurricane strain comes in a plastic bag, which you rarely see. But on the plus side, the bag is absolutely biodegradable. The first thing we noticed when we put our sights on the Slurricane is that it is absolutely caked in trichrome. It looks frosty brought by the strong trichrome coverage.

The buds are not as impressive. But it might have to do something with the growth itself. But this is an Indica-dominant strain, so don’t expect to see those Sativa nugs or smaller buds. This one was run into extract, which is why there are still bits of stalk left. This doesn’t matter as much when you are extracting it and running it through VHO.

Other than the bits of stalk, the coloration and the trichrome coverage on this one is wicked. However, the look of the buds does indicate that something may have gone wrong during the growth cycle. Basically, it looks a lot like a weed you usually pick up in Amsterdam, but it is grown in the UK.

It also has this nuclear-green, skunky look to it, but is still full of frost. Pistols have a muted brown color, which is not that visible actually. So you have to go in for a closer look.

The Slurricane looks all right, but it is not the best-looking bud. It does not get 10 out of 10 by any stretch of the imagination. Unfortunately, it hasn’t developed in the way expected.

Let’s Talk About the Smell of the Slurricane Strain

The Slurricane strain is described by many as having a creamy OG smell with an undertone of tropical blue grease. However, the batch that we got does not have that much tropical coming through. But you do sense the creaminess to it.

However, when you break it apart you get the gas of the OG and a hint of that blue grease, berry smell. The fruity hints come just at the end of it. But it does not let out all of that smell all at once when you open the bag. It may be due to this particular batch and not the Slurricane strain itself, but we are sure that you might be able to come across some terp-heavy Slurricane out there.

However, in our experience Do-Si-Dos crosses can come out a little bit watery. That’s why we think that the Slurricane strain is not that overwhelmingly smelly.

We decided to use two methods of consumption when it comes to the Slurricane strain. One is through the bong and the other is with the help of our might vaporizer.

Using it with the bong, it actually goes down really smoothly. Judging it solely based on appearance, it didn’t look like it had the smoothest smoke but it is an entirely different story when trying it. There is not that much flavor to it, which is most likely lacking in the terps.

When trying it through the vaporizer, it has that old-school, OG, sort of an interesting taste. It actually has a traditional weed taste, the best as we can describe it. You can say that it has a generalized cannabis taste but in a very nice way. If you like the taste of cannabis in general, you will certainly like the taste of the Slurricane strain.

This one doesn’t have that much terp potential. It does taste clean, which is a very good thing but doesn’t taste like much. 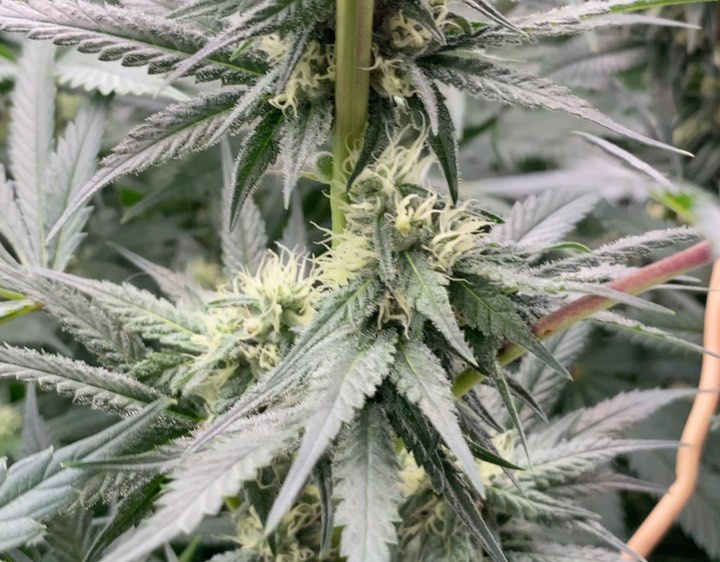 What are the Effects of the Slurricane Strain?

You will definitely start to notice different sounds in the air and it is an enjoyable smoke that you are going to feel. It comes with some mildness and a dose of relaxation.

It is great to smoke and vape one after the other as you can feel that high creeping in a lot better that way. You don’t get to feel that by vaping only, so make sure to hit the bong first and then vape some.

At some point, you might feel this mild tiredness. If you are doing it in the afternoon, you can easily chill and watch TV or play some video games. The nice high surely comes from the Purple side of the lineage. It’s a type of hug-high, like feeling a warm and nice hug.

Even though the Slurricane strain looks and feels good, it does not get the top marks on this occasion. The appearance is a little bit too smaller and the smell of it is a bit less-terpy than expected. But the high of it is the best part and is really nice.

The flavor is too watery for our taste, and we may write it off to the Do-Si-Dos side of the strain. However, the effects are the nicest part. It has a body led high and makes you feel nice and chill.