This strain flipped a switch in my brain and just sent me on a three-hour work marathon and an effortless creative fever, or so they all too common hemp review goes. We’ve all encountered hemp strains that claim to boost motivation and energy for increased levels of productivity, but is there any truth to those claims? While we would all love to enjoy a zap of vigor to kick off the daily toil, there’s always that worry – what if it goes the other way?

If you’ve been exploring the hemp industry for a while, you probably already know that there are Sativa and Indica strains – two opposing genetic profiles that allegedly energize or tranquilize. And because some strains dabble between both ends of this genetic pool, workers are apprehensive to toke before they toil. So, should you give it a shot?

Is It Legal to Smoke Hemp at Work? 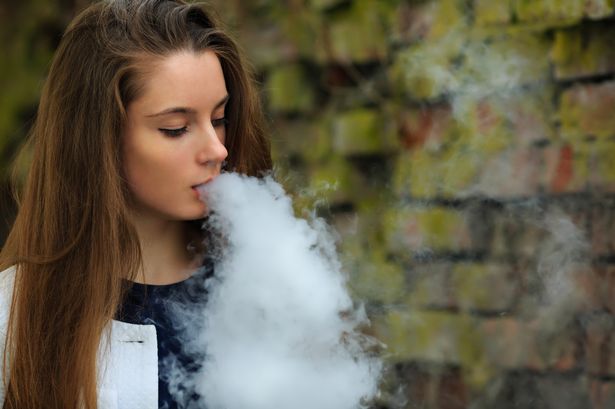 First things first – is it even legal to smoke hemp while you’re at work? Well, if you take a look at hemp laws, it should be. The basic truth is that hemp, the cousin of marijuana, is specifically cultivated to do away with the psychoactive compound found in marijuana. What that essentially means is that it won’t make you high. What it can do, however, is targeting a plethora of discomforts that might hinder some people from being efficient in the workplace.

Now, here’s the tricky bit – there’s no way to tell the difference between marijuana and hemp at a glance. Because they come from the same plant, there’s absolutely no difference in terms of their physical appearance and smell. So, if you’re caught smoking hemp in the workplace, your employer is going to have to assume it’s marijuana until a test can be conducted.

What Options Do You Have?

It would be best to steer clear of raw hemp flower if you were hoping to leverage the benefits of CBD at work. Using the product in the form of an oil, edible, vape, or topical can reduce the amount of attention you get from your bosses. Another thing worth knowing however is that some companies will ask to inspect whatever hemp products you use to make sure they’re actually derived from hemp and not marijuana.

All that said, it really depends on the kind of relief you’re looking for when you’re at work. Are your neck and back constantly sore from slouching over a desk? Then a topical salve might be the way to go. Looking for something quick and long-lasting for a fresh full tank of energy and creativity? An edible or tincture could be your best bet. On the other hand, if you’re smoking a strain before you go to work, or if you’re working from home which is all too common these days, then there might not be an issue with buying raw flowers in the first place.

How to Choose a Strain for Productivity 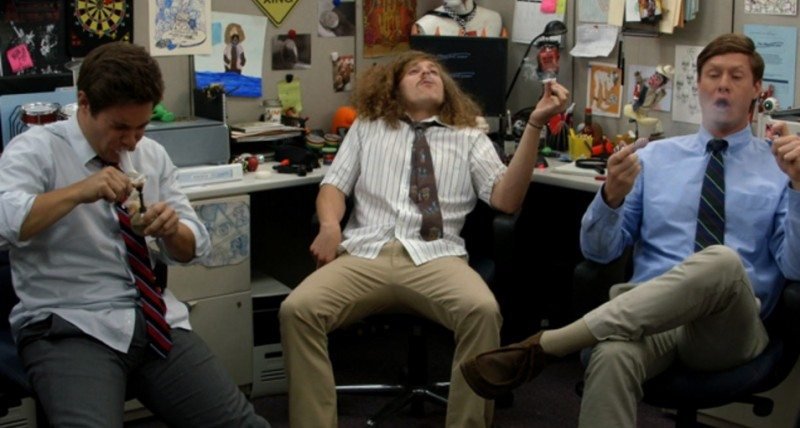 Now we arrive at the difficult bit – choosing a cannabis strain to help with your desire for increased productivity. The challenge is that no matter what a farmer or retailer might say about a specific herb, there is no way to guarantee that it will work the same way for you. Your genetic profile, your biology, and your chemistry are all unique and will play a role in the way your body reacts to a stain. And so, we circle back to the old adage – what works for someone else won’t always work for you.

But never let it be said that there isn’t anything you can do about it. There are certain buying hacks you can try to zero in on a strain that will actually boost your energy levels. Sure, it’s not going to be an exact science, but by applying these tips, you might be able to narrow down your options and cross out the strains that won’t work for your productivity needs.

You’ve heard it all before, but it’s worth emphasizing if you really want to know how an herb works. Reviews can shed loads of light on the specific behavior of a strain. What you want to look for isn’t just that it stimulates heightened energy levels, but that it produces the same effect across the board. For instance, one strain might have an overwhelming number of users verifying its effects of energy, and then have an equal amount of reviews pointing to its subduing properties. What you want is something that’s consistent, with more than half of its respondents claiming the same effect. While you’re at it, make sure you check out all the strains from Industrial Hemp Farms as well, they are well known for supplying some of the best hemp strains out there.

While it’s not an exact science, there is some truth in the whole hemp genetics theory. Sativa strains are in fact more energizing and stimulating than their Indica counterparts, so it would be wise to start off in that pool to get started. Keep in mind that there are some hybrids (strains that combine Sativa and Indica effects) that are said to lean towards the Sativa side of the spectrum. What you want however is a pure Sativa (Durban poison, for example), since even the slightest amount of Indica properties could change the way a strain works altogether.

There are certain herbs out there that are more prominent than others because of their tried and tested genetics. Certain energizing herbs have established themselves for a particular purpose, including productivity and creativity. While it might be exciting to explore the world of brand new strains, you can never go wrong with a reputable cultivar that’s farmed by an equally trustworthy brand.

It’s true – science has found that hemp can have stimulating effects. But because there are literally thousands of strains out there, many of them pose unique genetic properties that can change the way they work. So, stop and take a moment to shop around and learn about what a strain really does before you stuff it into your pipe at the beginning of a brand new workday to make sure you’re buying into something that will really boost your motivation.

The Health Benefits of CBD