The Jaffacito strain is bread by Mean Beanz.

Jaffacito combines the female Suavecito with the Jaffa Caked Cookies. Suavecito has two phenotypes and it has been used by Mean Beanz twice when creating Jaffacito. Both the V1 and V2 types actually have the same parents though. 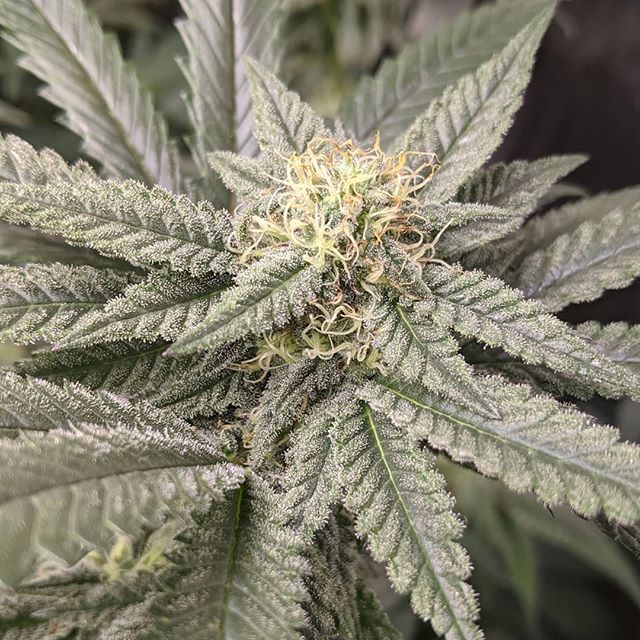 The Jaffacito cannabis strain has a really dusted look to it. It is absolutely caked and covered with trichomes. It actually changes the coloration from solid green to a kind of a white and glistening or a slightly cloudy white color. There are some hints of purple which are going to be more apparent once we break the bud open.

The Jaffacito has lovely variations on the coloration. There are dark and lighter patches. The trim job is also pretty good even though there are some traces of leaves on it left.

The bud of the Jaffacito strain looks strong and absolutely caked in trichomes. It does really have a good and solid bud structure and generally looks pretty nice.

How does Jaffacito Cannabis Smell?

To get a real whiff of how the Jaffacito cannabis strain smells it is better to crack the bud open right away. You will notice that it smells like a hashy orange plant. It comes with a really hashy smell like an already vaped cannabis type of smell.

The Jaffacito cannabis strain does not have a really strong smell to it at all. It has a sort of medicine-like smell. It comes with some deeper levels and comes with a wholesome deep smell that goes along with it. There isn’t much citrus, even though you would expect it to be there. It has a really nice and unique kind of smell to it and is a little bit different from what you might have been expecting to get.

To get a better whiff of the smell to let’s grind it up. S ground up, it smells like Master Kush and you can feel a kind of an aftershave-sense to it. The strain smells like something manly, perhaps like Cedarwood aftershave. It is very different and interesting to smell.

What About the Taste of the Jaffacito Weed?

To test out the taste of the Jaffacito cannabis strain we are going to use a vaporizer and a bong. This will help us determine the exact quality of the taste.

Using the vapor we get a really nice taste to it. It has this cedarwood taste to it. The tase is very woody and earthy almost to the point that it tastes like aftershave smells if that makes sense. It is very mild though. The citrus isn’t there at all. You don’t really get the same nor a similar kind of taste as you would with the Jaffa Caked Cookies. It is absolutely not the same and doesn’t taste as distinguishable and this is a very mild tasting vapor with a perfumed twist right there at the end.

Hitting the Jaffacito cannabis strain with a bong gives you a really smooth smoking experience. It is inoffensive and does not really taste that much through the bong, but it is a really clean and good sort of smoke. There are some earthy and woody notes but not really so strong. If you like that, SmellyBerry could be interesting to you as well.

Generally speaking, the Jaffacito does not score high in the flavor department even when being consumed through the bong or with the vape. It does provide a really smooth and clean smoke though. 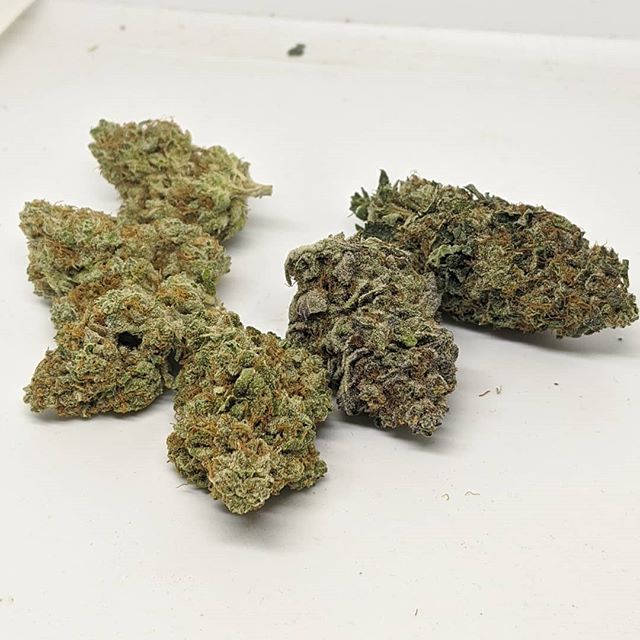 The Effect of Jaffacito Strain

The first thing that you notice when consuming the Jaffacito cannabis strain is a huge increase in sensitivity to light. Things will start to get bright really quickly after taking a hit of it.

There is also this warm feeling that you might get spreading out from your belly. This tells you that this strain is of the hybrid or Indica side of the spectrum.

It does have a relaxing feeling and when it comes it hits you hard and fast as well. This weed is a little bit strong and you can feel it right as the effects start to kick in. It is a kind of a strain that you would feel relaxed walking on but you might find it much more comfortable if you sit down and chill out.

The Jaffacito weed strain is a bit of a mixed bag. The appearance is not bad but the taste and the smell are not there. You can hardly notice how the strain smells or tastes.

But the smoke is really good and the effects will hit you quite hard. It will most likely give you a relaxing feeling that you would like to sit down on and play video games.