Today we are taking a look at a classic strain, called SmellyBerry cannabis strain coming from the Old Timer crew.

There are actually two versions of SmellyBerry, the version from Old Timer and from Underground Original. But the one that we are going to be looking at today combines the genetics of Blueberry and the Blues female cannabis strain. The end result is actually not too dissimilar to Blue Cheese, which is actually a combination of a Blueberry female crossed with UK Cheese.

Nevertheless, we are going to go through all the important aspects of the SmellyBerry cannabis strain which includes the looks, the smell, the more importantly… the effects.

The Appearance of SmellyBerry Strain

Immediately off the back after taking a glance at the SmellyBerry cannabis strain we notice that it has something that we like to call a classic look. It has this old-school, indica-variety feel to it.

There are actually not a lot of different shades of green seen on the bud. But it does have a lot of pistiless and trychrome coverage on it. The bud actually looks like it has got a little bit of air in it and the calyxes are snapping off easily of it.

To tell the truth, the bud does not really look at its best. It may be the way this one was preserved but I don’t want to make a rash judgment and say that the overall appearance is bad.

All in all, it is a nice old-school, visually appealing type of bud.

You might think that SmellyBerry cannabis strain is smelly by name and smelly by nature. But the Blueberry is much more apparent in this strain that it sort of reminds you of Mother of All Berries. It has that MOAB, coffee-cannabis smell, with a blueberry note, sitting on the top.

SmellyBerry is also very pungent and skunky and does have a classic smell to it as well. It is a kind of a MOAB/Cheese kind of smell and is very much delicious.

But you can say that the name does speak for itself. It is a very smelly strain!

But as soon as we break the bud in half the Blueberry smell comes out massively. There are strong Blueberry notes with very rich, earthy and sweet smells coming out of this bud. And not to forget, the Cheese is there as well, but a lot less than the Blueberry.

Generally speaking, the pungency levels of the SmellyBerry are epic!

What About the Taste? 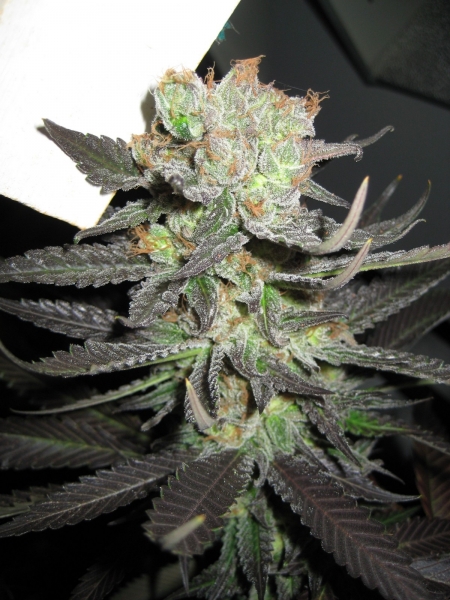 We are going to be using a vaporizer to try out SmellyBerry cannabis strain and it is actually a really good idea to find out the actual flavor of this strain.

On the first puff, the Blueberry sweetness comes straight away. You can feel it with the first inhalation and it is strong. You don’t get so much pungency nor the Cheese in terms of the taste.

The flavor in a way sits on the top of your tongue and when you close your mouth and the tongue hits the roof of the mouth you actually get more of the flavor. It is simply pungent berries. It is a bit woody but dominantly earthy. The Cheesy smell isn’t coming through the flavor though.

It is a nice flavor, but not a particularly strong one if you were expecting it.

It is also a classic type of cannabis strain based on the taste. Due to the type of strains combined to make SmellyBerry it reminds you of some type of weed from years ago. But to conclude, it is super tasty.

However, trying out SmellyBerry cannabis strain through the bong, you can notice more flavor coming through. But there are not a lot of changes as the Blueberry flavor is still much more apparent.

The bong does not pull the same amount of flavor as the vaporizer does and we suspect that it would taste really well as a join also.

The Effects of SmellyBerry Cannabis Strain 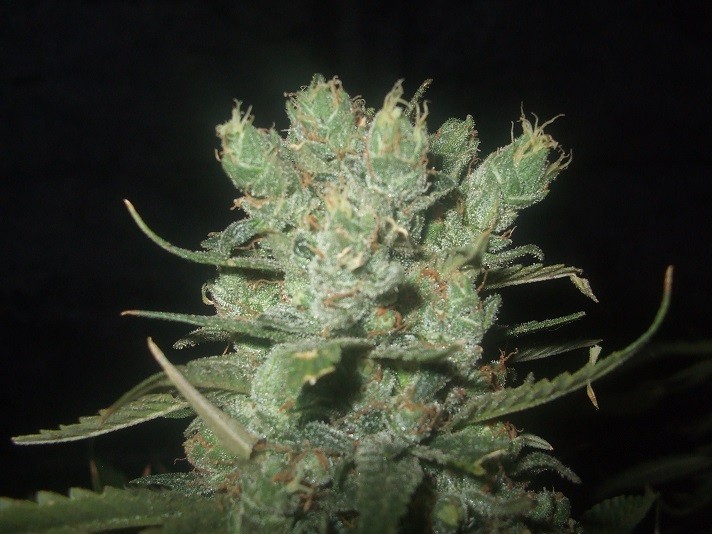 The SmellyBerry Cannabis strain has that body lift high and keeps you really happy. But it also comes with the familiar Blues high which makes you happy and uplifted and allows you to enjoy the minute into a minute as you are getting high.

The Cheese type of high has to be the best variety of being high as it makes you feel giggly and makes you laugh.

The happy uplift does not come alone though. In addition to that, there is going to be some sleepiness, which is a staple of the Blueberry strain. You can soon expect relaxation to kick in.

The effects actually start hitting nice and fast for a classic type of a cannabis strain, as it most likely has a lower percentage of THC opposed to modern strains.

The hit is also pretty nice and feels smoother through the bong.

The SmellyBerry cannabis strain is a pretty nice one but not the strongest that you would expect. It actually feels very medicinal as it affects both the body and the mind at the same time.

It leaves you with happiness and relaxation.

The good thing about it is that it is great for inexperienced smokers and SmellyBerry can even be consumed during the day time. Definitely not as strong as Blue Cheese.

SmellyBerry comes with enough kick to it to make it a balanced high. It may be a hybrid but definitely and a strain that can be smoked during any time of the day.