Today we talk about Chocolate Orange strain coming from Seven Star Farms and it is a Mean Beanz creation.

This is actually one of the newer Mean Beanz creation and it promises to deliver. It was created by combining Jaffa Caked Cookies on the female side with Chocolate Mint OG on the male side. Going further into the genetics, the Jaffa Caked Cookies is a cross between Tangie and the Phantom Cookies, which is itself a Mean Beanz creation in partnership with London Dank and released on the Frosted London Dank label. On the other hand, the Choc Mint OG combines Emerald OG with Granddaddy Purple, which is an Indica-leaning strain. 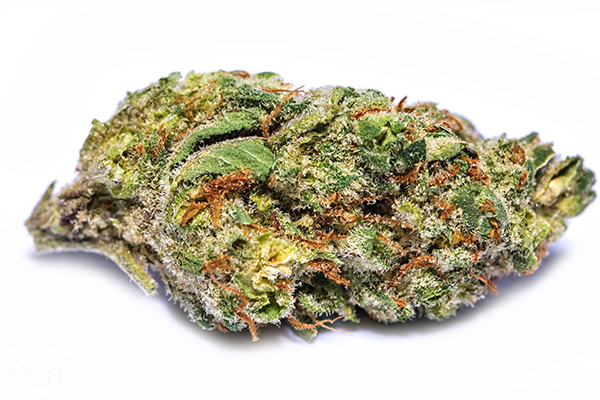 The bud of the Chocolate Orange cannabis strain looks fantastic! The bud development is pretty good based on the lovely structure of the buds. The pistols are almost invisible when you look at the nug. They are actually just covered in trichomes and gives us really cloudy and frosty looking bud.

The Chocolate Orange bud also has a really nice complexity to it, which is more apparent when you shine it under the flash. It resembles some strains like Casey Jones were all different colors, shades, and levels of shininess come together to form the bud.

You can’t really see any wild yellow and orange, it is almost completely uniform green. The bud is nice and dense and pretty dry and hasn’t got a lot of gib to it and is completely covered in delicious trichomes.

The Chocolate Orange strain is a nice looker, perhaps leaning a bit towards the Indica side based on the bud structure.

How Does it Smell?

You get a very different flavor when you try and smell the Chocolate Orange strain. The orange is there but you can also sense slight hints of grapefruit. They are most likely coming through the Tangie lineage. It is very sweet and not terribly apparent but it is definitely there.

Interestingly, the bud smells like weed when you vaporize it where the first couple of breaths often taste quite similar. You feel like a vapy cannabinoid taste. This one is oozing with the smell which is very indicative of that flavor. It is like almost it has been in a vaporizer.

The chocolate sweetness and the mintiness are maybe coming through slightly but it may get more noticeable once the bud is disturbed.

So let’s break it open!

You can actually notice at least seventeen different smells coming from there. The smell follows the complex appearance of the Chocolate Orange weed. The orange notes are the most prevalent, which is often the case with all citrus-inspired strains. The slight sweetness of the chocolate is there but not in a way that you would have expected it to be. There is a richness to it with sweet undertones and it is incredibly complex, to say the least.

It is kinda like having an orange cocktail at a fancy bar and you feel all those smells coming together and you are wondering what have they put in there.

But interestingly enough, the Chocolate Orange smell changes again when you grind it up. It smells a little bit like Tuty Fruity. 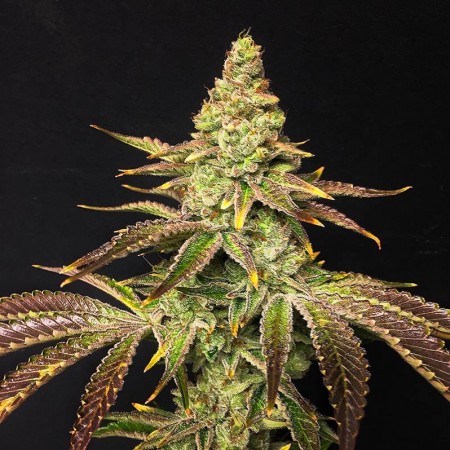 The Taste of the Chocolate Orange Cannabis Strain

To really taste the exact flavor of the Chocolate Orange cannabis strain we are going to use the bong and the vape.

Seven Star Farms is a really good grower, as you can taste the quality of the weed immediately. The smoking experience is really good and smooth without any heat.

Flavor-wise, you might struggle to pick out the exact notes coming through. This is mostly due to the fact that the first hit was though the bong which does not let you sense all the flavors going on in there.

But the distinct notes of the flavor come out more when using the vape. The Jaffa Caked Cookies are definitely there. It has that sweet orange notes that you get from that side of the strain. There is a bit of menthol as well which is coming from the Choc Mint OG side.

There is no skunkiness or pungency just a really delicious taste all in all.

This is definitely an Indica-type of a strain and it is kicking in nice and quick which tells you that it is nice and strong. You can actually feel it in your body.

Chocolate Orange is definitely a nice and strong Indica-dominant type of strain. It is on the relaxing side of the spectrum. You will feel nice in your body. The light sensitivity is also becoming apparent as things go. There is an air of relaxation that is coming out of the middle and you can almost feel it in your legs as well.

You will definitely be treated to the whole spectrum of the effects after smoking the Chocolate Orange strain. There is a slight dry mouth feeling, something you’ll get with Tropic Heat strain as well.

It feels like a manageable Indica for the day. Also, despite being a new type of strain it has these old school effects and as time progresses you will feel it based on the way it is hitting you.

You will also get this mental clarity after smoking it. Some strains on the Sativa side are more known for making you feel clearheaded.

The Chocolate Orange cannabis strain is a great strain to be smoking during the day. The look and the taste of it are very complex and the smell is almost too wide. All in all, it is a joy to use it and the effects make things even more apparent and interesting. It is relaxing and provides a great feel-good feeling.