For today we have decided to cover the Chocolate Mint OG strain. It is a very sound strain. Chocolate Mint OG is a cross between OG Kush and Granddaddy Purple. The result is a strain that is able to capture the flavors of both chocolate and mint.

Chocolate Mint OG is bread by Humboldt Seeds. It is an Indica dominant strain. It actually uses a specific phenotype of OG Kush from the 90s called the Emerald Kush as they were looking for some very specific qualities that they were able to find in that strain only.

The strain itself is described as a really heavy and strong stone but apparently does not have the notoriety that it deserves. 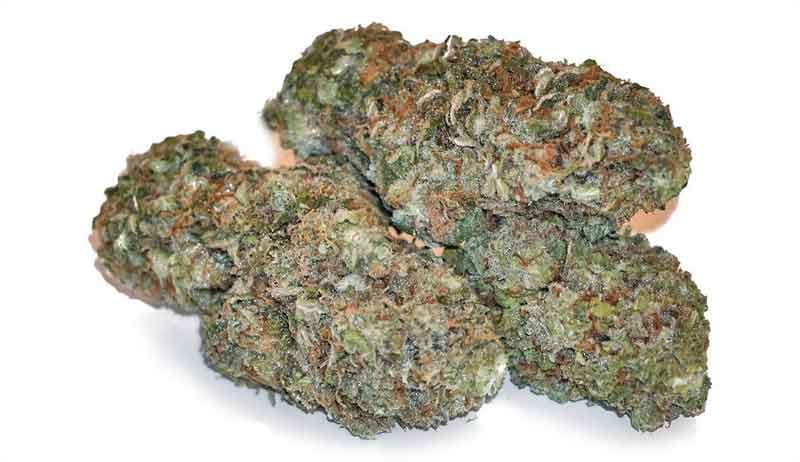 The Chocolate Mint OG cannabis strain looks pretty good. It is quite a lovely piece of nug. The pistols are in quite a bright orange, yellow color. Even glancing at it from a far away you can see the pistols in their entirety. They are not particularly wild but they are very bright in contrast to the lighter green color of the rest of the bud.

It has been given a really decent trim job and has a very dank, dry look to it. It is nicely cured and nicely dried but a little bit compacted, but we are not holding that against it. It has a nice bud structure, a little bit looser as you can see some gaps in the calyxes as they are not really stacked upon on each other. There are some traces of leaves left on the bud but the ones that are left are covered in crystal. You can see that pretty clearly through the microscope view.

The Chocolate Mint OG strain definitely gets good marks in terms of the appearance.

Immediately you will notice a dank, kushy, woody, piney pungency of the Chocolate Mint OG strain. It is something that you would actually expect based on its parents alone.
But the main note is that it feels gassy and piney!

However, when we do get to open the nugget we get a really pungent, skunky OG bud. Definitely a very pungent OG odor. Since it is an OG cross with the Granddaddy Purple you get to feel that fruitiness in there. It actually smells really beautiful once the bud is open apart.

Generally, the smell is really appealing. But how does it taste? 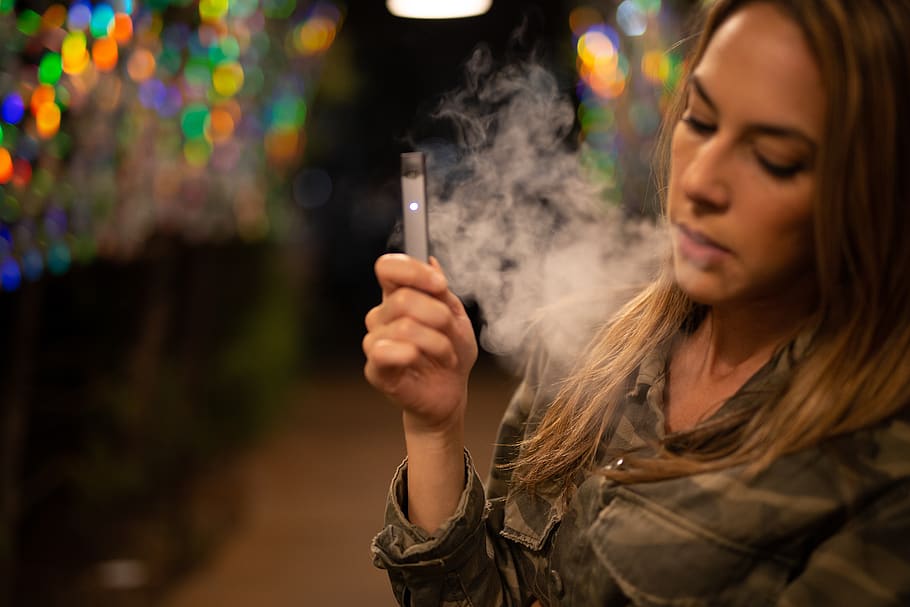 To determine the taste of the Chocolate Mint OG strain, we are going to hit it through the bong.

On the first hit, it is very smooth in taste and very clean. It may be a little bit lighter than you would expect it to be. It is less gassy but very tasty through the bong and it actually offers a lovely smoking experience. It is also not through intense and really lovely to enjoy.

The sample tastes really good through the bong. But there is not that much of taste that you can sense. This could be because of the sample as it might be a little bit older.

What Are the Effects of the Chocolate Mint Og Cannabis Strain?

The first thing that you will be feeling after smoking the Chocolate Mint OG weed strain is an uplift. You will surely get that familiar uplift, the stoned feeling after you smoke cannabis.

It actually starts to kick in reasonably quickly, a few minutes after hitting the bong. Since it is an Indica dominant strain, there should be more of the relaxation to kick in quite soon. But the Chocolate Mint OG provides a very happy and enjoyable high. You will start feeling better and better after each second and also a bit chatty as well.

The Chocolate Mint OG is definitely on the stronger side. But the general feeling is that it will keep you really happy and stoned.

One of the reasons why Chocolate Mint OG is such a popular strain is because it’s a super-strong strain with a THC content of 22-26%. This THC content provides a notable all-over body buzz as the first effects of the strain kick in.

With its high THC content, you can expect the strain to provide you with an enjoyable wave of relaxation that settles into a calming stone shortly after taking your hits.

Is Chocolate Mint OG a Sativa or Indica?

The two major types of cannabis plants are Indica and Sativa. Both of these strain varieties have their own range of effects on the body and mind. Indica strains generally are relaxing to the body and mind while Sativa strains tend to provide a more energizing experience.

Unlike a Sativa, Chocolate Mint OG is not a strain that gives you a big boost of energy. This strain is a great strain to smoke if you want to completely unwind and forget about the things in life that have been causing you stress. 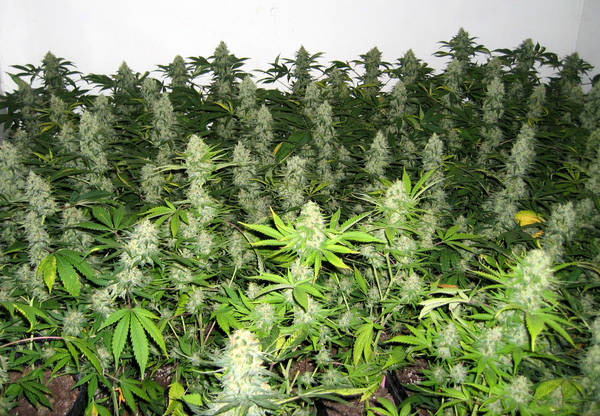 The difficulty level of growing Chocolate Mint OG is medium, which means it’s not the easiest nor most difficult strain to grow on your own. This strain has a flowering time of 8-9 weeks and an average indoor yield of 400-600 grams. Its outdoor yield averages between 1000-2000 grams.

Because it’s high in TCH and an Indica strain that produces a relaxing effect, Chocolate Mint OG is often used to treat depression & anxiety. It is also useful in treating other conditions including migraines, chronic fatigue, and inflammation.

Many people with chronic pain find Chocolate Mint OG helpful in managing their pain. It’s thought that his strain is helpful in reducing pain by providing a relaxing and calming effect.

People who suffer from insomnia often smoke Chocolate Mint OG before bedtime due to its relaxing properties (Headband OG strain could insomnia as well). Since this strain has a high THC content, its relaxing effects are often felt as soon as the smoke is exhaled.

After trying out the Chocolate Mint OG strain we have noticed that it truly does capture the characteristics of the OG Kush and the Granddaddy Purple, its parent strains.

It forms a delicious and Indica heavy cannabis strain that will definitely leave you feeling very nice.

If you want to really feel the taste, we suggest dabbing it instead of smoking it, and that way you can really see the difference in the flavor.

Generally speaking, everything about the Chocolate Mint OG cannabis strain has been nice and we suggest you trying it.