The one that we are going to cover is a UK version of the Platinum Girls Scout Cookies cannabis strain. It is the same genetics but it is just a different phenotype. The idea is to push the effects of the regular phenotype a little bit further. 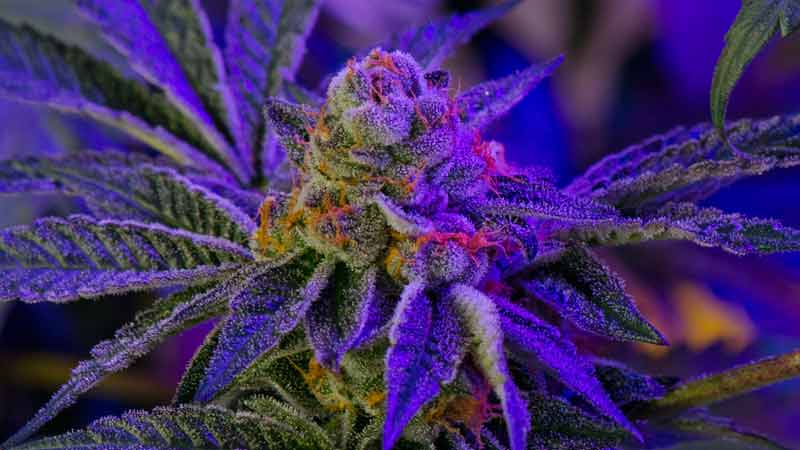 Looking at the bud of the Platinum Girl Scout Cookies cannabis strain we notice that it looks quite a bit different than any other one. The actual bud is developed really well. There are some yellow, orange, and almost golden pistols that are all over this bud. There are so many of them that the overall coloration is a golden yellow color than the light green that makes up the rest of it.

There are definitely some clues that this one has been grown in the UK. One is that it hasn’t been compressed or pack down. The other is that it has bits of popcorn leave all over.

The bud has this lovely density to it and it is literally packed with bud. There is almost little gib to it. It looks that it has been cured so it is going to be more than tasty. Just by looking at it, it looks like a quite nice piece of bud. The trichomes are a bit cloudy and are not catching the light so well, but you can definitely notice them there in full force.
The Platinum Girl Scout Cookies is definitely more golden than your average bit of bud.

Smelling the Platinum Girl Scout Cookies cannabis strain we immediately get that earthy, sweat aroma familiar for the Girls Scout Cookies. You know that it is going to be a powerful one as the scent goes straight away in the nostrils. You notice that Cookie pungency and that earthiness and that sweet aroma that makes it smell great already.

But when we break the Platinum Girl Scout Cookies bud open we feel the pungency in full force. It actually smells a little bit like Super Glue. Besides the pungency, there is also an after smell that kicks in and remains in your nostrils from the first time you’ve sniffed it.

It is quite a smelly strain and it is crazy as you can sense all kinds of smells coming out.

When we grind it up we start to notice the earthy, sweet smell even more. The pungency is off the chart and you can smell it from a mile away. Interestingly, the gassy smell of the OG Kush is not apparent at all here.

The flavor of the Platinum Girl Scout Cookies cannabis strain really does hit hard on the first try, The first hit was so milky and it comes on without you expecting it. The fantastic cookies flavor comes through really well and it feels exceptional. The second hit was a little bit too harsh and it took away from the flavor quite a bit but the first exhale was impressive enough.

The intensity was high in the beginning but it faded rather quickly. The flavor of the Platinum Girl Scout Cookies is great but the intensity means that it is not the smoothest. Nevertheless, still really lovely. 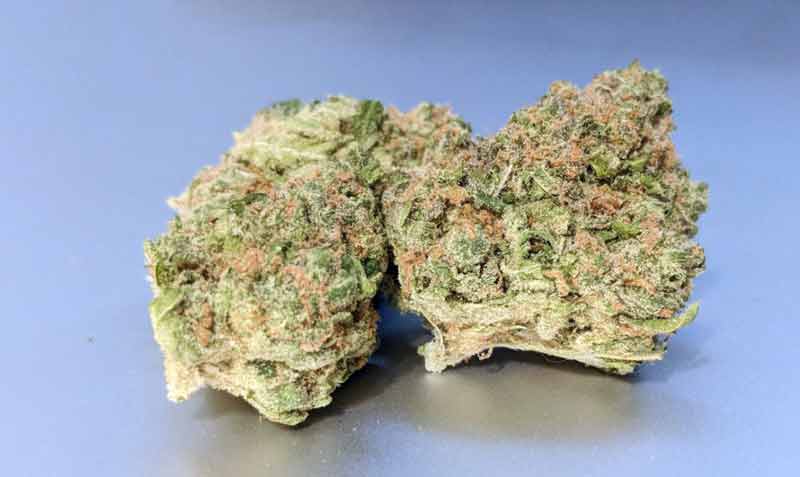 What are the Effects of the Platinum Girl Scout Cookies Cannabis Strain?

The effects of the Platinum Girl Scout Cookies cannabis strain will start to hit you in just a few minutes. You can expect them just to keep on increasing and you will most likely feel the highest effects at the 10-minute mark, which will then start to fade into a nice high.

The first thing that starts to come on is the Indica side. There is no elation that the cerebral head high would bring. Physical it makes you feel good and you will also feel more alert than before consuming it.

You feel coherent and you don’t have trouble formulating the things that are on your mind. Even though this is a 50/50 hybrid, the Indica effects are much more apparent. The relaxing effects come much more than the cerebral ones. You will definitely feel chilled to the max. The cerebral effects come on a little bit later and kick in after some 5 minutes.

This is a Popular 50/50 Hybrid Strain

One of the main reasons why Platinum Girl Scout Cookies is such a sought-after strain of cannabis is because of its ability to give you an uplifting feeling of euphoria and a relaxing feeling at the same time. This hybrid strain is ideal for anyone who wants to get a marijuana ‘high’ that’s both fun and relaxing. This strain of weed is often shared at social gatherings because it produces a high that most people find very pleasurable.

Platinum Girl Scout Cookies has an impressively high THC content that averages about 25%. It’s certainly not impossible to get your hands on this strain of weed that has a THC level of 28%. Since this strain was created by fusing two of the already popular master strains (OG Kush & Durban Poison), Platinum Girl Scout Cookies is a powerful strain that’s quickly become popular among both recreational users and medical users.

Despite its rather outlandish name that reminds most people of America’s beloved cookies sold by young girl scouts, this strain of cannabis is helpful in treating a wide range of health conditions.

Platinum Girl Scout cookies is often used to relieve the pain associated with headaches and arthritis. It’s also commonly used to treat Fibromyalgia that has its own set of symptoms including fatigue, depression, anxiety, and overall body pain.

This hybrid strain of cannabis has been touted for its supreme healing properties. It has the ability to soothe both mental and physical ailments while inducing a deep state of relaxation. 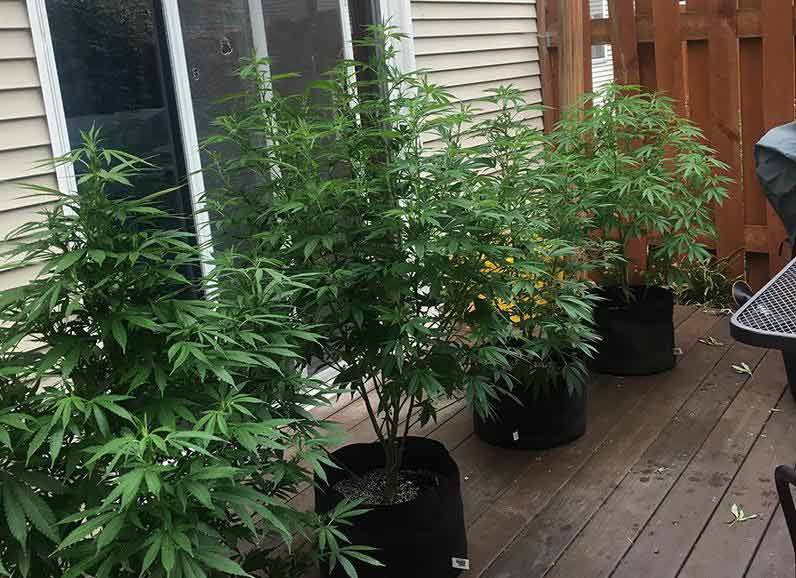 This hybrid strain of cannabis is relatively easy to grow both indoors and out. If you want to grow Platinum Girl Scout Cookies, you should know that the flowering time for this plant when grown indoors is between 8-10 weeks. When grown outdoors, it flowers in mid-October. The plant grows to a medium height of between 76 centimeters and 203 centimeters or about 30 inches to 80 inches.

It’s always recommended to plant feminized seeds if you’re planning on growing Platinum Girl Scout Cookies. This way, your plants are more likely to produce buds that contain the THC you need to feel the mental and physical effects of this strain. If you plan on buying your seeds online, be sure that you’re paying for feminized seeds so all your growing efforts aren’t in vain.

The Platinum Girl Scout Cookies cannabis strain is a really good one. In fact, it is so good that one bong is enough to get you high and chilled. It is a type that one would use when going to a seated concert or a movie theater. It relaxes you and makes you feel chilled.