CBD health and wellness products are a hot trend in the U.S. and many other countries, and one that shows no signs of abating any time soon. New companies continue to emerge in the industry, rolling out a variety of formulations that are being marketed as a solution to a range of medical conditions, or as a daily supplement taken to enhance one’s overall well-being. Driven by a desire to seek out more natural remedies for their physical ailments, many people have enthusiastically embraced the CBD craze.

It’s not surprising, then, that this exciting market trend would expand to include CBD products intended for pets.

Dogs and cannabis in Denver

Residents of Denver, Colorado are known for their love of pets in general and dogs in particular. In fact, Denverites have more dogs than children: 158,000 canines, according to the city’s Parks and Recreation Department, as opposed to the 140,000 children counted in the most recent U.S. Census.

Colorado has long been a trendsetter when it comes to cannabis. The state’s decriminalization in 1975 of marijuana influenced other states, who did the same. Colorado was an early adopter when it came to legalizing medical marijuana, which it did in January 2014 (based on Colorado Amendment 64, which voters approved in November 2012).

With such a tolerant acceptance of marijuana, Coloradans’ embrace of products derived from marijuana’s cousin, the hemp plant, is understandable. Like other Americans, residents of Colorado and its most populous city, Denver, have seized upon CBD products for both themselves and their pets. 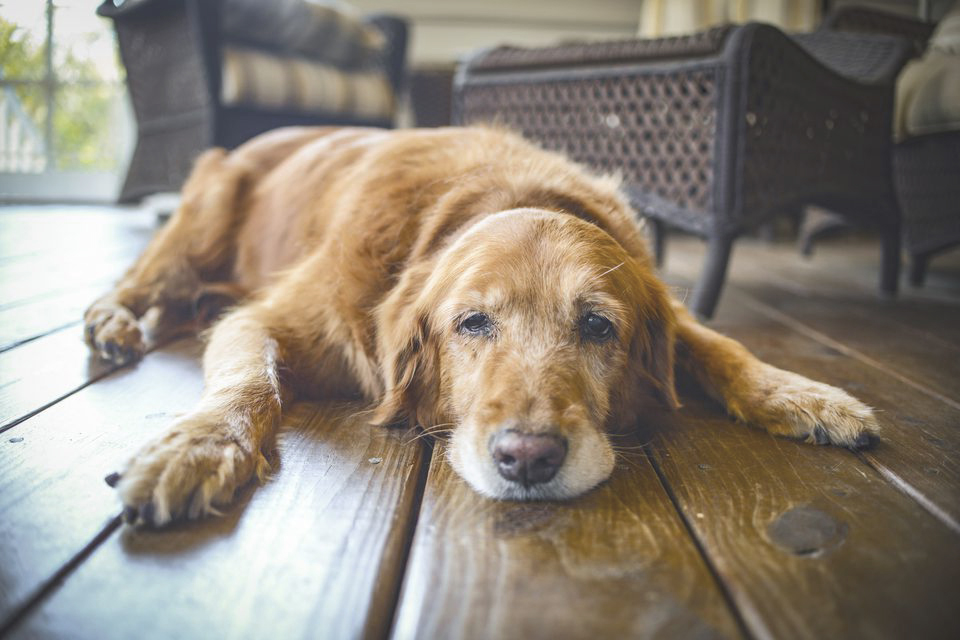 But is it legal in Denver to buy CBD oil for pets?

The short answer is: yes.

All products sourced from hemp are legal in Colorado, and by extension, in Denver. This is because after a long period of prohibition, hemp and hemp-sourced products, like CBD, became legal again throughout the United States. This does not include (on the federal level) products derived from marijuana which contain high amounts of THC (delta-nine tetrahydrocannabinol), the chemical that produces a “high” in users.

But why was hemp, and thus, the CBD made from it, illegal for so long? Was it banned because it could be harmful to people and pets?

Why hemp was in the doghouse

Hemp has been cultivated for thousands of years and is used to make a variety of commercial and industrial products including rope, clothing, shoes, paper, biofuel, construction materials and plastic composites.

Nonetheless, during the twentieth century, the U.S. government took a strong stand against hemp. That may have been due, in part, to the plant’s appearance. Due to the strong resemblance between hemp and its mind-altering cousin, the marijuana plant, it’s difficult to tell them apart by simply looking; chemical analysis of the THC content is the only reliable way to distinguish between the two.

Although industrial hemp products are legal throughout the United States, growing hemp is a different matter. Individual states have the power to allow or forbid hemp cultivation, and a few have opted to prohibit it.

So hemp is mostly back in the U.S, and the CBD extracted from it is showing in an incredible number of products. Does that mean that hemp-derived CBD is good for pets, as well as people? And what kinds of things might it be good for?

Jane and her husband Demos are the proud parents of two Jack Russell terriers. The two terrors…er, terriers are very active, as is typical of the breed, but the elder one, Junior, is getting on in years.

“Junior is ten,” said Jane. “Since he is a senior dog, I wanted to ward off any joint inflammation, so I decided to try CBD oil.” She noticed that Junior “perked up” right away.
James has a large, 12-year-old dog with severe hip problems. James says his dog has seen improvement in mobility and a lessening of stiffness since starting to take one dropper full of CBD oil twice a day. “Going to keep using this liquid for sure.”

Susan also has an elderly dog and has noticed he limps less since being on the CBD oil.

In addition to helping to keep joints healthy, pet owners use CBD for separation anxiety, pain management, digestive health and to support their pet’s immune system. Some people also use it to reduce the number or severity of seizures in epileptic animals.

Can CBD be used to treat a medical condition as serious as epilepsy? Although it has been shown to have anti-convulsant properties, there is no definitive answer yet when it comes to pets. Colorado State University’s College of Veterinary Medicine and Biomedical Sciences is conducting a study on the use of CBD to treat dogs with epilepsy. It is noteworthy that the only CBD drug that has been approved by the FDA is a prescription medication for the treatment of people with certain forms of epilepsy.

Why does CBD help pets?

Humans and animals share some physiological characteristics, including the endocannabinoid receptors, that come into play when CBD is introduced into the body. Because of that, CBD can have similar effects on your dog as it does on you.

While CBD oil in Colorado can be given to all kinds of animals, it is most commonly given to dogs, cats, and horses. In fact, you can find CBD pet products available in flavors like bacon and peanut butter (for dogs), catnip (for cats), and apple (for horses).

What do you need to know about giving CBD to your pet?

The American Kennel Club (AKC), whose Canine Health Foundation is funding the Colorado State University funding on CBD and epilepsy in dogs, has the following recommendations1 for people who are considering using CBD products on their pets:

Why do you need to purchase a high-quality CBD oil?

Less expensive options could contain toxins absorbed by the hemp plant during its growing cycle or solvents remaining from the process of extracting CBD from hemp. You do not want your beloved pet to ingest pesticides, herbicides, heavy metals, or solvents like ethanol, butane, propane, or isopropyl along with his CBD medication. Toxic solvents, by the way, are used by some companies because they are cost-efficient and speed up the process. Responsible manufacturers opt for safer extraction methods that use carbon dioxide (CO2) or olive oil, among other things.

How do you know you’re getting high-quality oil?

First, check with the manufacturer to see if the CBD oil it uses in its products is organic. That’s a great place to start, but it’s only some of the information you’ll need. It’s also important to find out of the CBD product you’re buying does not contain impurities and does contain CBD. Unfortunately, there are a few unscrupulous companies that are advertising products with no CBD in them…CBD products. “Let the buyer beware” is always good advice, but it’s especially relevant to such a new and rapidly developing industry.

The amount of CBD in the product – in terms of milligrams – as well as information about any impurities, can be found in the Certificate of Analysis (COA), which is issued by an independent, third-party laboratory. The COA verifies that the product has been tested and provides a great deal of information about it. A careful reading of the COA will even reveal whether or not the hemp plant from which the CBD for the product was extracted contained mold.

How much do I give my pet?

Common types of CBD pet products are oils, tinctures, capsules, chews, and treats. Many companies offer treats and chews in different sizes, which makes it easy for you to figure out what kind to get and give your dog. Some manufacturers offer size recommendations based on your dog’s weight. Drops can be added to food. As noted above, it’s a good idea to start out with a minimal amount and see how your pet reacts to it. Some companies offer products of different strengths for pets of varying sizes. For instance, one markets a 400 mg CBD oil for dogs and cats who weigh up to 30 pounds. For larger pets, there is an 800 mg CBD oil.

“I give my dogs 5 mg capsules,” says Jane. “Junior gets one morning and evening. Mojo, who is a little younger than Junior, gets just the one in the morning. I feel like it can help with offering wellness, more than ‘curing’ anything.”

Just remember: there are no standard dosages of CBD, for pets or for humans. More research is needed on both fronts. Given the rising popularity of CBD, it is likely that a great deal of research will be conducted on CBD and we will learn more about its uses and appropriate dosages.

How to Buy CBD Gummies Online?