In just a few short years, CBD products have become one of the hottest trends in the health and wellness space. That’s due in part to an increasing acceptance – and legalization – of all things cannabis. Additionally, people are increasingly seeking natural remedies for their health problems. CBD offers a safe, plant-based alternative to overpriced prescription medications that come with a long list of potential side effects.

But CBD, whose full name is cannabidiol, is still something of a mystery to many. Some of the terms involved with this still-new substance are confusing. What is full-spectrum CBD? How does that differ from CBD isolate? Is one better than the other for your desired goal? Easier to use? More economical?

Let’s start with a simple definition. CBD is a cannabinoid, a naturally occurring compound found in the cannabis plant. The kind of CBD that is in commercially available products is derived from the hemp strain of that plant rather than its marijuana cousin. We’ll explain why shortly.

Both full-spectrum CBD and CBD isolate are used to treat a range of health conditions, including pain due to arthritis and injuries, insomnia and other sleep disorders, anxiety and depression, and to support the immune system and cardiac and neurological health. Some users take CBD simply because it gives them a calm, relaxed feeling. 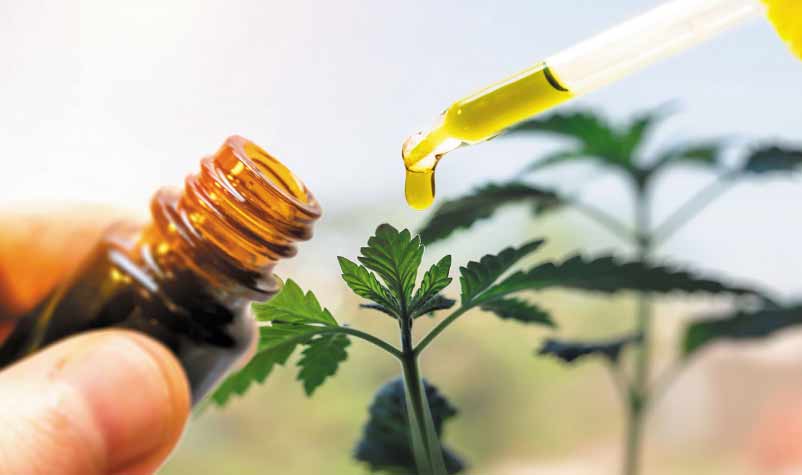 Full-Spectrum CBD Is Loaded With Cannabidiols

Full-spectrum CBD not only has CBD in it, but it also has more than a hundred other cannabidiols and elements found in the hemp plant as well, such as CBN, THCV, CBC, THCA, CBDV, THC, flavonoids, terpenes and plant matter. Like CBD, the other cannabidiols and additional ingredients are associated with health benefits. Flavonoids and terpenes, for example, are antioxidants, which help protect you against the free radicals that are linked to heart disease and cancer.

A lot of CBD oil products that you will find in stores and online are full-spectrum CBD.

CBD Isolate Has One Cannabidiol: CBD

CBD isolate, on the other hand, contains only CBD. It is up to 99.9% pure CBD. All of the other cannabinoids from the hemp plant – even those thought to have medicinal value – have been filtered out of it, along with plant matter. That brings us to how the two forms of CBD are made.

Both kinds start with a hemp plant – one which has been horticulturally developed to be especially rich in cannabinoids and low in THC (tetrahydrocannabinol). THC is the compound that gives users a feeling of being “high.” It is abundant in the marijuana strain of hemp (Cannabis indica), but not in hemp (Cannabis sativa).

Once the hemp is harvested, CBD oil is extracted from its stalk, seeds, and leaves using solvents.

CBD isolate producers go a few steps further to obtain pure CBD. In order to separate lipids and other elements, the extract is dissolved in ethanol and then chilled, during a process appropriately called, winterization. After that, it’s time for short-path distillation which involves moving the extract a short distance under low pressure in a technique that minimizes loss.
These extra steps remove all active compounds from the hemp extract, resulting in raw, pure cannabidiol.

In addition to processing, there are other differences between the two. Those terpenes and flavonoids in full-spectrum CBD may imbue it with a strong aroma and an earthy or grassy flavor that not everyone will like. (Many manufacturers counteract that by adding flavors to their products.)

CBD isolate from Stirling CBD Oils is flavorless and odorless. You won’t taste it if you add it to foods or beverages. You also won’t have an unpleasant aftertaste if you use it sublingually, by putting it under your tongue and letting it dissolve.

The two differ in appearance as well. CBD isolate is either a white powder or white crystals. Full-spectrum CBD oils can be gold, brown, black, or even clear, depending upon the variety of hemp it was derived from, the extraction solvent used, and the carrier oil that was added to it.

How Full-Spectrum CBD and CBD Isolate Affect the Body 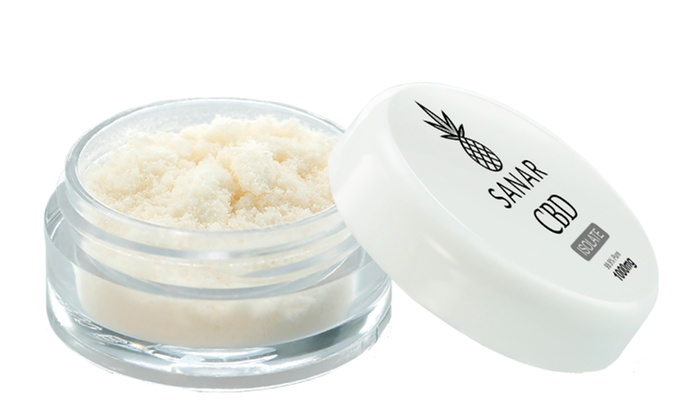 How Full-Spectrum CBD and CBD Isolate Are Used

There are far more full-spectrum CBD products in the marketplace than CBD isolate products. That may be due in part to the fact that CBD isolate is a relative newcomer to the CBD party. Then, people may be confused about how to use it.

Full-spectrum CBD comes in oil, tinctures, gummies, creams, muscle rubs, and sprays, to name a few forms. As mentioned earlier, CBD isolates only comes in powders and crystals, but it can be added to other things with relative ease.

Both forms can be ingested in liquids or food products, absorbed through the skin and inhaled by smoking or vaping.

How to Decide Which One Is Best for You

A big part of figuring out which form of CBD you want to use to achieve your health and wellness goals comes down to personal preference. And it’s not necessarily an either-or proposition. Some people use both. Some people use both together, by adding CBD isolate to their CBD oil because they want to take in a lot of CBD.

However, there is a key difference between the two. All of those cannabinoids in full-spectrum CBD combine to cause something called “the entourage effect.” This is a biological take on the old adage, “the sum is greater than the parts.” Through the entourage effect, the cannabinoids’ beneficial properties are greater together than they would be individual. Full-spectrum CBD is the choice of those who want to take full advantage of the hemp plant’s healing powers.

Although it is pure and very potent, CBD isolate stands alone. It is only one cannabinoid – albeit one with therapeutic value. So why do some people prefer it?

Why Some People Prefer CBD Isolate

CBD isolate has a characteristic that appeals to many people: it contains absolutely no THC. That is one of the many compounds removed during the filtering process. Even though full-spectrum CBD must legally contain less than 0.3% of THC, it is still possible for a user to have trace amounts in their system and for that to make a difference between passing and failing a drug test. In addition to that consideration, some people are highly sensitive to THC and may have a reaction to even a small amount.

Another advantage of CBD isolate is its appeal to those who like to whip up their own medicines. It can be added to their morning coffee or stirred into their lunchtime soup, mixed into their skin cream, or sprinkled on their popcorn.

And finally, on a cost-per-milligram basis, CBD isolate is more economical than full-spectrum CBD.

Determining the type of CBD you want to use is a highly personal decision, one dependent upon many factors. Whether you go with the full-spectrum version or opt for the isolate, you will be getting a natural, health-enhancing product.

The Top 5 Benefits of Using CBD Topicals for Pain Relief

Is it Legal to Buy CBD Oil for Pets in Denver, Colorado?